Police Visit to residences in view of senior citizens Day.

Claiming ‘100% Har Ghar Jal’ by Goa CM is a blunted lie. We challenge Dr Pramod Sawant to prove his claim. This scheme in  Mormugao Constituency is total failure. In most parts of Goa we have only taps but No water - His claim is like his earlier claim of 100% open defecation free ~ Dy CLP Leader Sankalp Amonkar 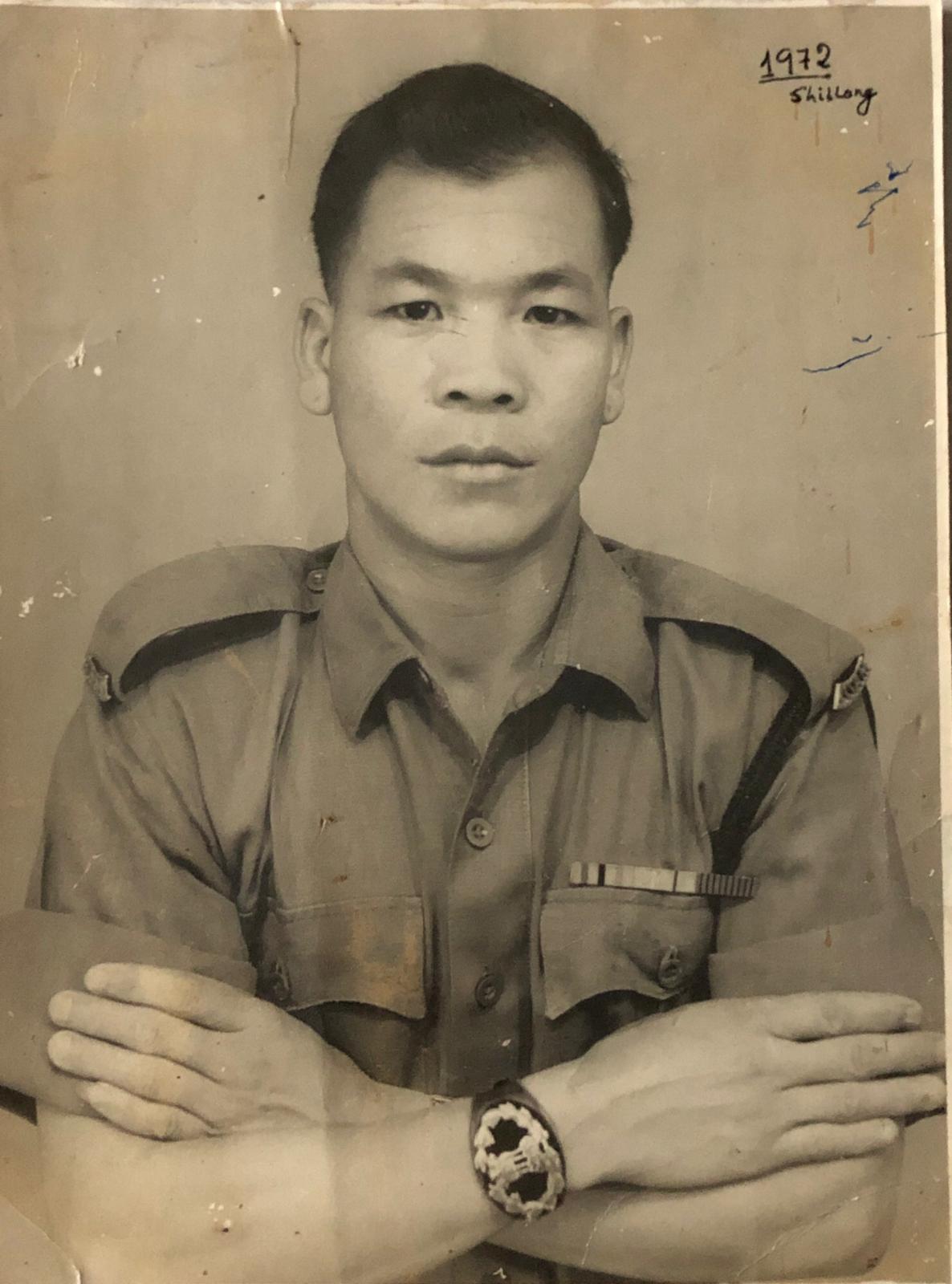 Spread the love
Tel Aviv, Israel : Hailing from Imphal, capital of the state of Manipur, Isaac Thangjom has not only witnessed how  tribals have deciphered the stories from songs and chants but also documented it in a book ‘Lives of the children of Manasia’
The executive director of Degel Menashe community Isaac Thangjom moved to Israel in 1997. He clearly writes in his book that -every Jew shall return to their promised land someday, so did the brave soldier.
“I was assigned to the Assam Rifles. Although I was small, I came first in boxing and second in high jump. In 1961, we were sent to Goa (then a Portuguese colony on India’s west coast) when the Indian government decided to go to war to liberate it,” said Siekhogin, who served as wireless operator for the Indian Army. 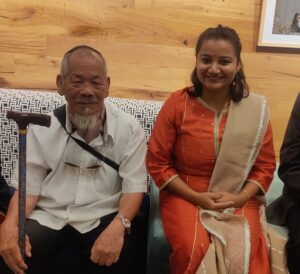 Siekhogin was born in 1936, around the time of Chavang Kut (corn harvest holidays) in Imphal. During the launch of the book ‘Lives of Children of Manasia’ he shared his stories of military days.
After Goa liberation, in 19 December 1961, there was a tension in the military borders of China. “I reported to my base and we were sent to the Himalayas,close to Sikkim. I remember, it rained without a break, ‘lagataar’,” Siekhogin said taking pride in his eloquent Hindi. 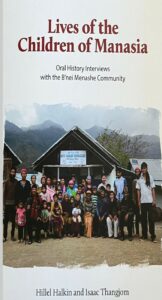 Cover of the book ‘Lives of Children of Manasia’ launched on 15 September,2022 in Israel.

“We left the initial push,supported by tanks. Luckily there wasn’t much resistance. The war ended quickly. In 1962, I was given a furlough and went home. Halfway through it, I was recalled. I knew that could only mean one thing: war again”
Hailing from the Loibung Khollen village in the Sadar hills, about 15 miles from Imphal, Siekhogin narrated, “In 1960, when i was posted in Kashmir,the Pakistanis would try to provoke us by firing at us, but we had orders not to shoot back. I found that ridiculous. Here they were trying to kill me and I couldn’t respond,” he said with a rage that was evident from his face. 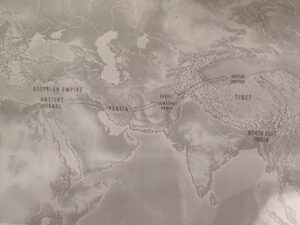 A conjectured route taken by exiled Manassites from Assyria to North East India 2700 years ago. The route was decided based on hymns, chants and traditional songs.

“We were a commando unit. When we patrolled in the jungle, you could see the leeches hanging from the leaves. Each time we took off our boots and socks after a patrol, we had leeches between our toes. They fell on our plates at mealtime. We brushed them off and carried on with food,” he vociferated.
Years went by when he was promoted to sergent and then platoon commander. Soon after his promotion he was sent back to the Pakistani border just before the war in 1965. He was again promoted, this time to regimental quartermaster. ” I was promoted and sent to Shillong. I didn’t want to go but i had to. I never got to see or participate in any combat,” said he.
“In 1982, Rabbi Avichal was flying to Silchar and I planned to meet him. Unfortunately I couldn’t catch up with him and Rabbi left for Kolkata ( then Calcutta),” he told. “On his next visit in India in 1990, the Jewish community members organised a meeting in Imphal that was open to the followers of Judaism and all Sabbathers who were interested in joining it.
Ever since finding out that we were children of Menashe, we wanted to return to the faith of our forefathers because it was the right thing to do so. We wanted to live in the holy land of Israel,” he expressed.
It was then he had chosen his Hebrew name ‘Elitsur’. “Rabbi wrote names on scraps of paper and stuck them in a hat. I picked up the one that said Elitsur,” he smiled.
According to the Bnei Menashe, their ancestors migrated south from China to escape persecution, settling in Burma and then moving westward into what is now Mizoram and Manipur in India.
“Despite being cut off from the rest of world Jewry for more than 2,700 years, we managed to preserve their Jewish heritage, while always nourishing the dream of returning to Zion. And we did it.”
Elitsur HaoKip is 83 years old at present. On being asked why he chose Israel over India,he replied, “Bharat mata will always be in my heart. I chose to serve there and complete my duty. Now I seek answers within myself. I am wanting to know who I am without being confused in Judaism and Christianity. With a smile on his face he said, “I want to live with my family and live a peaceful life of retirement.”
Some 7,000 Bnei Menashe currently reside in the Indian states of Mizoram and Manipur, along the border with Burma and Bangladesh. Their tradition, passed down through the generations is that they are descendants of the one of the ten lost Israelite tribe- Manasseh, which was exiled from the Land of Israel.
Throughout their wandering in the Diaspora, the Bnei Menashe observed the Sabbath, practiced circumcision on the eighth day, kept the laws of Kashrut and meticulously upheld the rules of family purity. They even established cities of refuge, where people who had killed inadvertently could flee, just as the Torah prescribes.
“We help the poor tribal children to educate themselves. In Israel, the government gives free education to everyone till their school. After that there’s a mandatory military service for three years. By the time they seek college education, the children are turned into adults and they have their own choices for life. Some become entrepreneurs while some get back to college or take a trip to a different country to venture out and learn more about life,” Thangjom said.
“As a community, we take responsibility for a child’s education after school. We also have a musicology project, oral history project, vocational fellowship, teaching the elderly and many other associated works,” Isaac said with a contented smile on his face.
235 Bnei Menashe immigrants arrived in Israel October 2021 to begin the new chapter of their lives. 500 more are expected to arrive this year on Aliyah day. The older section of this community members are migrating to Israel for peace in their retirement life while the younger section are traveling down to get better education and global training facilities.
“Christianity is very strong in the north east. The churches are very protective of their religion. The difference in Judaism is that there’s no forced conversions.We do not go around preaching people. People seek the path of religion on their own. They practice Shabbat as a community,” said the chairman of Bnei Menashe council in India,WL Hangshing.
Related Topics:Featured
Up Next