Jharkhand to battle it out with Odisha; Haryana face Uttar Pradesh 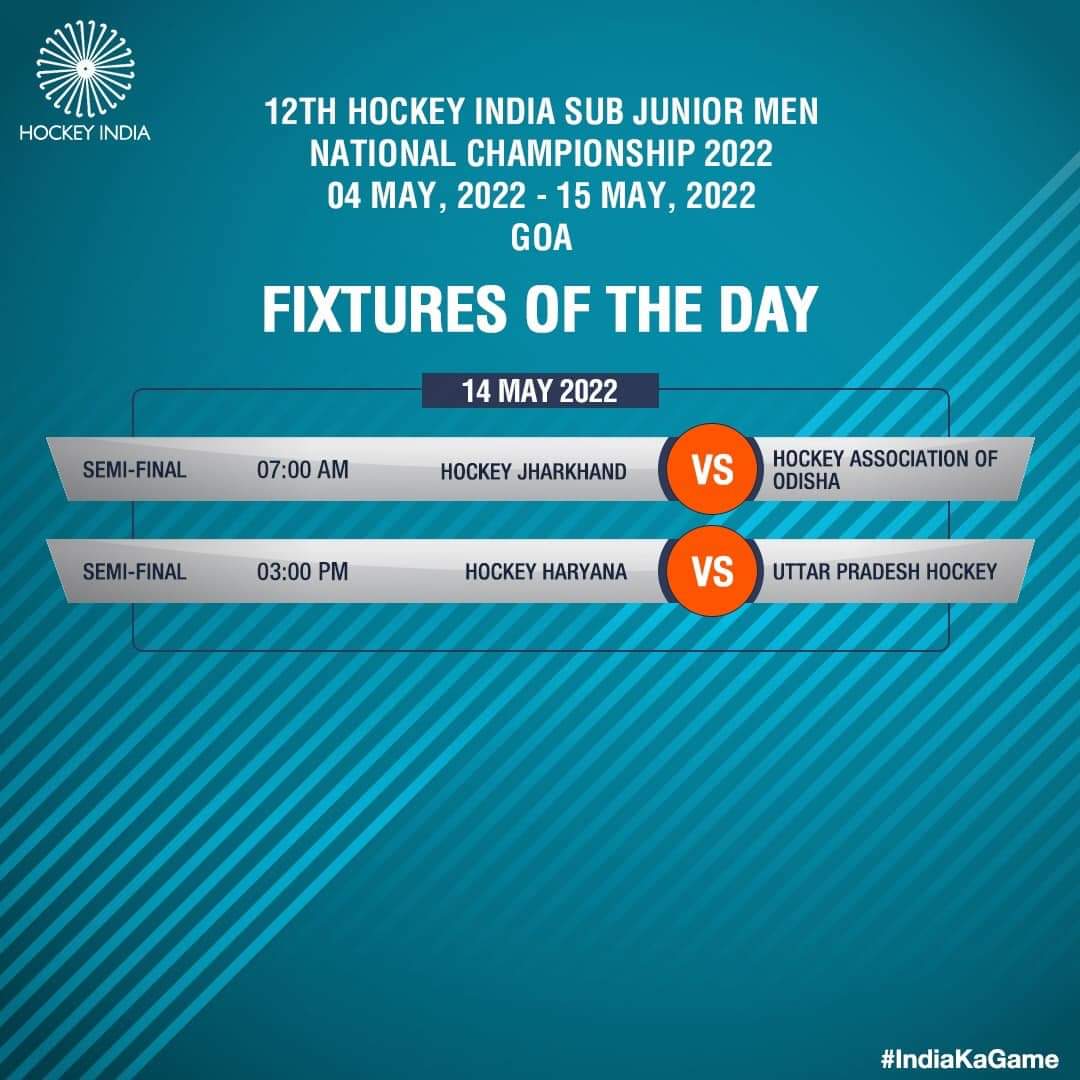 Goa Khabar: Defending Champions Jharkhand will be looking to add another feather to the cap as they take on Odisha in the semi-finals of the 12th Hockey India sub-junior men’s National championship to be played at Hockey Astro Turf, at Peddem Sports Complex, Mapusa, Goa on Saturday (tomorrow).

Earlier in the quarter finals, Hockey Jharkhand had a nail biting encounter wherein they knocked Chandigarh out and booked their place to the semis whereas Odisha had a comfortable 2-0 win in the quarters over Dadra and Nagar Haveli and Daman and Diu. As the morning sun rises over Peddem Sports complex, the clash between two neighbouring states is bound to be momentous as the business end of the hockey championship heats up.

At the other end, Haryana will clash swords with Uttar Pradesh. Both the teams have done incredibly well in their group games and quarter final matches.

Uttar Pradesh Hockey thrashed their rivals Hockey Punjab to make their way into the last four with a 6-1 victory. Whereas, on the road to the semis Hockey Haryana thumped Hockey Bihar 5-1. Both teams have a similar style of play with completely dominating offensive strategy. Haryana has shown some great passing skills and have a beautiful teamwork whereas Uttar Pradesh on the other hand are completely unstoppable once they reach their enemy lines.

Hockey Jharkhand will play the first semi-final match at 7 a.m against Hockey Association of Odisha. whereas, Hokey Haryana will battle it out against Uttar Pradesh Hockey in the second semis to book the final slot at 3 p.m.

8 rescued in Calangute over the last two days