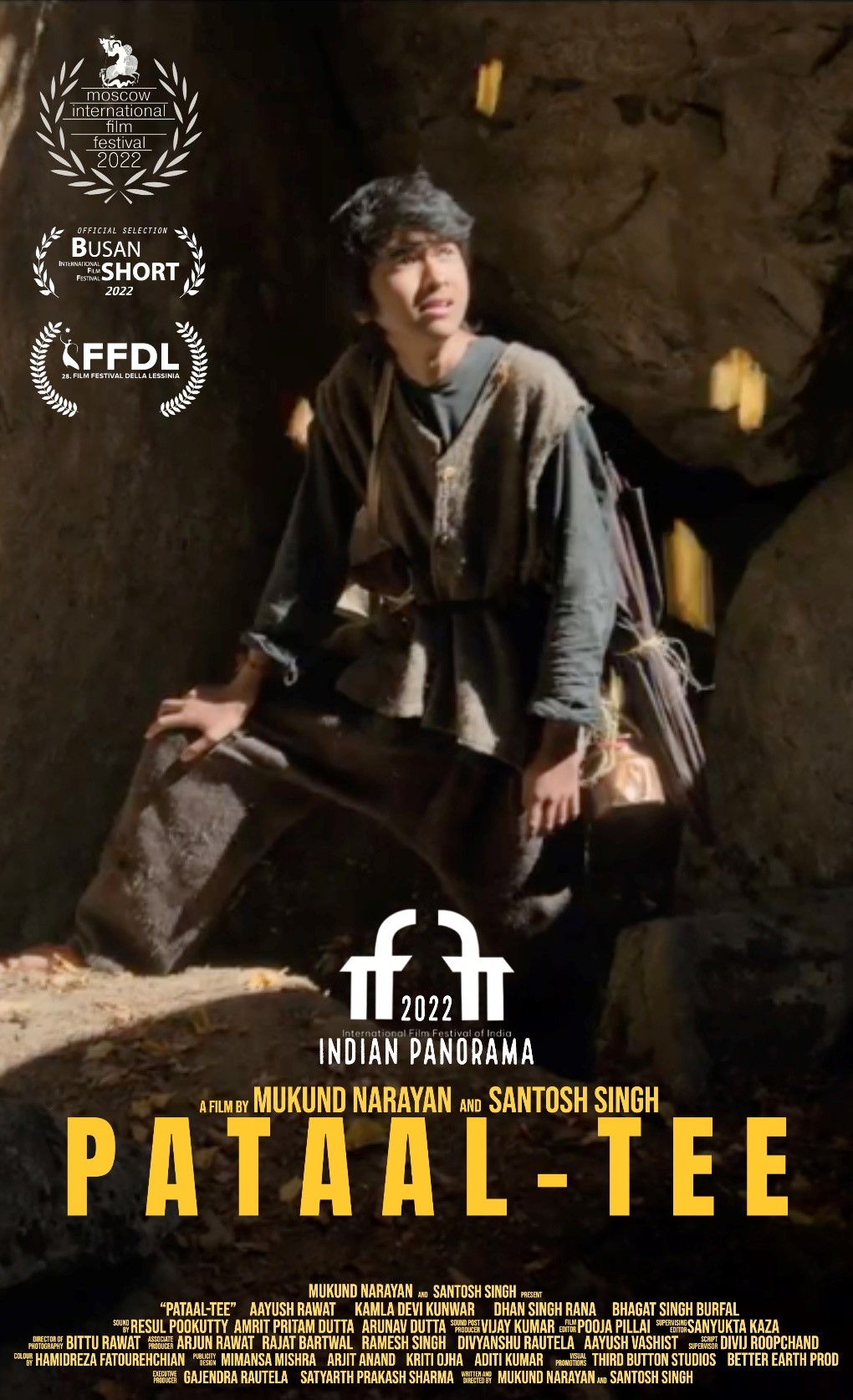 Goa Khabar : “Pataal-Tee is a story of Man v/s Nature and the environmental stresses which are eroding nature”, said Mukund Narayan, Producer & Director of film Pataal-Tee, while speaking at an ‘IFFI Table Talks’ session at the 53rd International Film Festival of India in Goa. He added that the film revolves around the rich heritage of folk-tales which are being passed on orally across generations in our country and is a coming-of-age story of a child.

Mukund Narayan said Pataal-Tee also highlights the challenges of indigenous languages like Bhotiya which is becoming endangered and vanishing due to various societal forces. Delving into the film further,  Co-Director Santosh Singh said the movie was on Bhotiya tribes. “We have used water as a metaphor for environmental conversation”, said the Director. Inter-generational, orally-transmitted folktales help the child protagonist understand topics of life, death and other perspectives of it during his quest for holy water, added Santosh Singh. Calling folk tales the discourse of society, he emphasized on their importance and stated that they provide an insight into the roots of our culture.

“We wanted to tell the story of Bhotiya tribes through Pataal-Tee despite the budget being a constraint for independent producers. Many people from Bollywood helped us in Post production including Resul Pookutty. We are grateful to all of them.”,  said Mukund Narayan about the production process.

Speaking on the future of Indian language films, Santosh singh also stated that we are entering an era where ‘the regional ‘ has become ‘the new global’. “Today regional films from India are conquering the world, be it Kantara or Wagro or Frame. Regional is the new global as people are able to connect to the characters”, added the Co-Director.