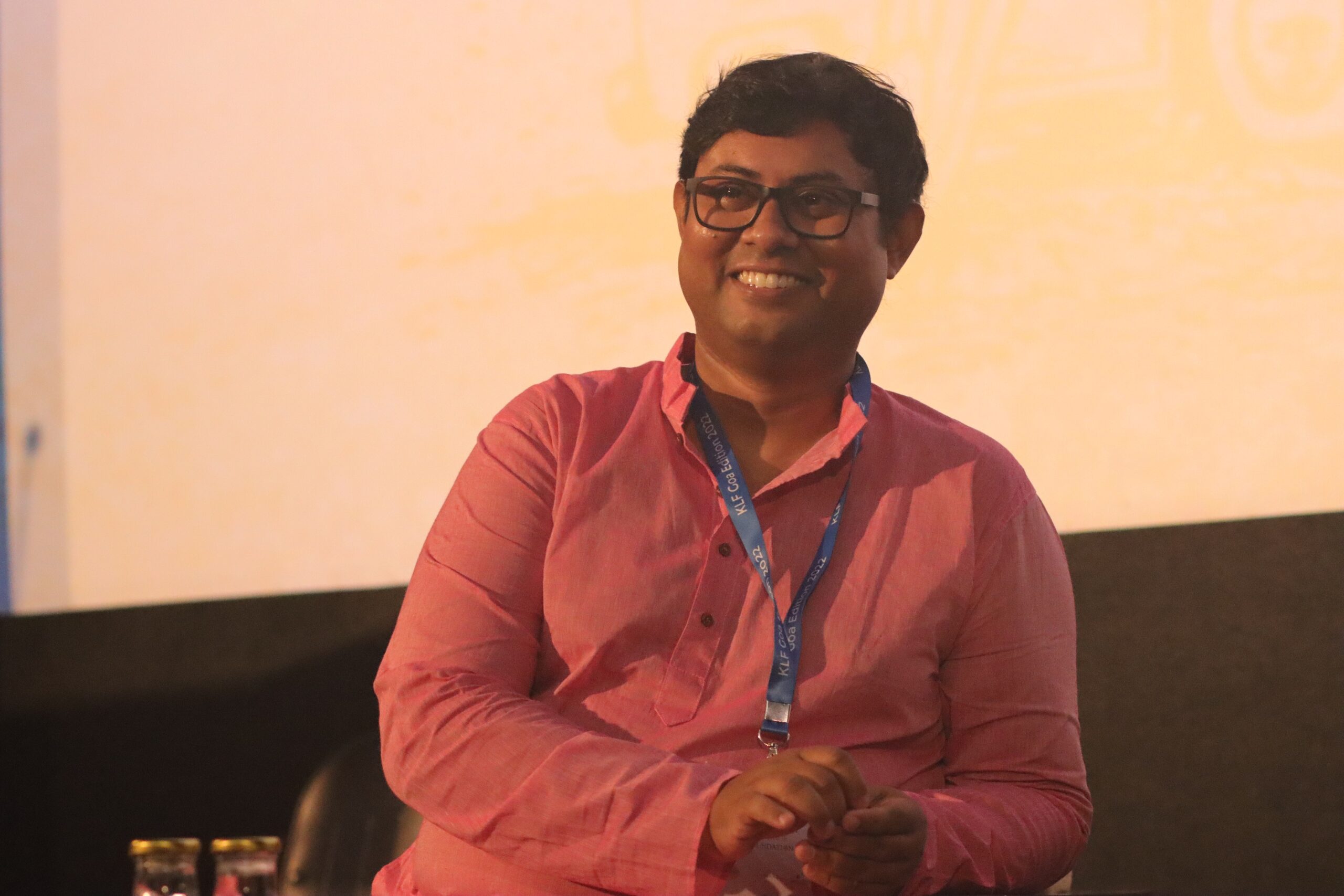 Spread the love
ISKCON founder Srila Prabhupada represents unique interaction between East and West: Hindol Sengupta
Goa Khabar: Srila Prabhupada, the late protagonist of the International Society for Krishna Consciousness, popularly known as ISKCON, represents a unique moment of interaction between the East and the West, Hindol Sengupta, author of ‘Sing, Dance and Pray’, the latest biography of the organisation’s founding Acharya, said on Sunday.

Speaking about the book during the launch Dr. Bibek Debroy, Chairman, Economic Advisory Council to the Prime Minister said “Congratulations to Hindol and ISKCON that ‘Sing Dance and Pray’ has finally happened. This book will trigger an interest in the phenomenon that is Srila Prabhupada.’’ 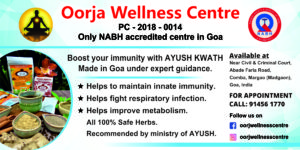 Speaking at the second and concluding day of the Kumaon Literary Festival in Goa, Sengupta also drew a parallel of sorts between Srila Prabhupada and Swami Vivekananda for their introduction of Hindu philosophy to the West, while also highlighting some of the stellar highlights of the ISKCON guru during a panel interaction.
“I am trying to in a sense, reintroduce to a whole new audience to younger generation, figures and characters from the entire Hindu canvas you know, thinking about the world or the Hindu worldview, so to speak, who are maybe not as aware about these treasures, these people what they did, and Srila Prabhupada represents a particular moment of East-West interaction,” Sengupta said. Sengupta said that the very fact that an elderly Indian who had never travelled abroad, visited America at the age of 70 and managed to build a global movement, was nothing short of a miracle.
“He basically arrives in America when America is full of ferment. The anti-Vietnam protests are happening and America is under turmoil. And he goes to the neighbourhood that I had an opportunity to spend some time in, in the Upper East Side and lives among what we would call the hippies, and manages to convert a whole bunch of them into this global movement. It’s an incredible story,” Sengupta said.
Within a decade of his visit to the US, Srila Prabhupada then went on to build 100 temples and 100 centres across the globe, which came to be known as the ISKCON movement, according to the author. Sengupta also drew a nuanced parallel between Swami Vivekananda and Srila Prabhupada in connection with their journey to the West taking along with them their own nuanced interpretations of Hindu philosophies.
“There are many resonances in his interaction with the West as somebody representing the East. And remember I mentioned this in the book Vivekanand went and taught the West a sort of, you know, a divine without former divine without, you know, colour, so to speak a divine that is all pervasive. Srila Prabhupada in a sense, his journey was even tougher. He went and taught the West that the entire idea of the Divine is in the very form of Krishna,” Sengupta said.

‘Sing, Dance and Pray’ is available for order on Amazon –  https://www.amazon.in/Sing-Dance-Pray-Inspirational-Founder-Acharya/dp/0670096733