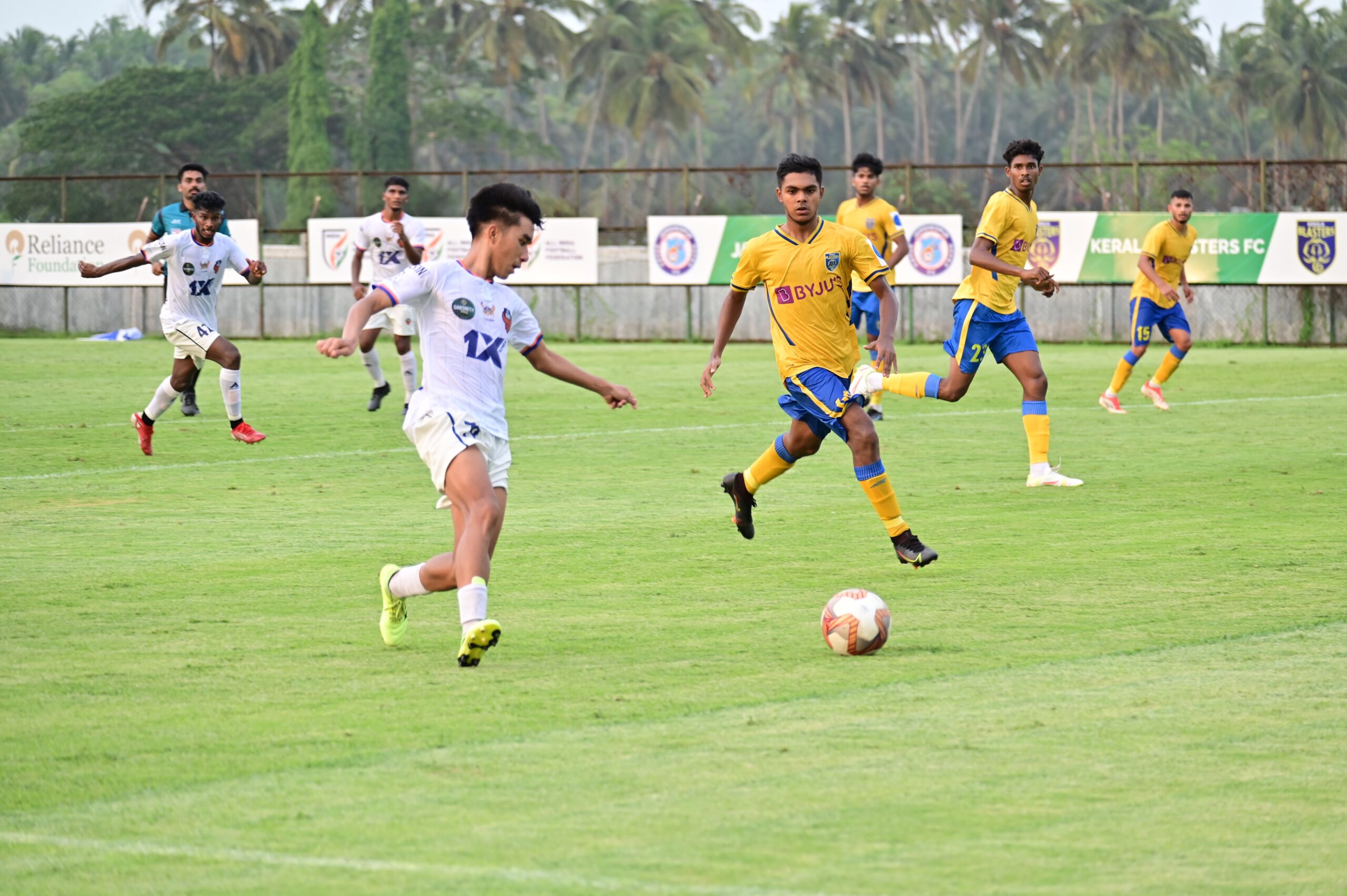 Goa Khabar: A brace by Jovial Dias and a late strike by Brison Fernandes helped FC Goa return to winning ways in the Reliance Foundation Development League, as the Dev Team beat Kerala Blasters 3-1 at the Benaulim Panchayat Ground on Wednesday.

The result also means that the Gaurs brought an end to the Southerners’ unbeaten run in the league.

Kerala Blasters struck first in the game when they took the lead in the 20th minute. Even an outstretched dive could not help Goa shot-stopper Hrithik Tiwari, as Nihal Sudeesh buried the ball in the bottom corner of the net.

The usual sloppiness in defence and lack of coordination in midfield did not help the Gaurs’ cause in the opening minutes, as the Blasters looked to stamp their authority in the game even further.

The turning point for FC Goa came in the 41st minute, when a wonderful ball into the box was received by Jovial, who then proceeded to find the target from close range.

The equaliser worked wonders for FC Goa’s confidence, as evident from their display in the second half. By pressing high and not giving away the ball, the Gaurs playing in their change kit in White were able to contain the attacking threat of the Blasters.

A greater part of the second period saw both teams adopting a cautious approach. However, just when everyone started to think that the match was headed for a tame draw, Jovial made his presence felt for Goa once again. The Gaurs’ incessant pressure led to a mistake Kerala, which the young forward capitalised on with much oomph, scoring his second of the day in the 86th minute.

Three minutes later, FC Goa stretched their lead to two goals, thanks to a brilliant passage of play between Jovial, Danstan Fernandes, Lalremruata HP and Brison, at the end of which a lovely ball was played into the Blasters box.

Brison found himself with loads of space to connect with the ball, and in doing so, fired it past the goalkeeper and into the top corner to give FC Goa their second win of the competition.

Courtesy of the victory, Deggie Cardozo’s boys currently sit at sixth place on the standings with seven points from five games. Their next clash is against Mumbai City FC at 8:00 am on May 8 at the Nagoa Panchayat Ground.