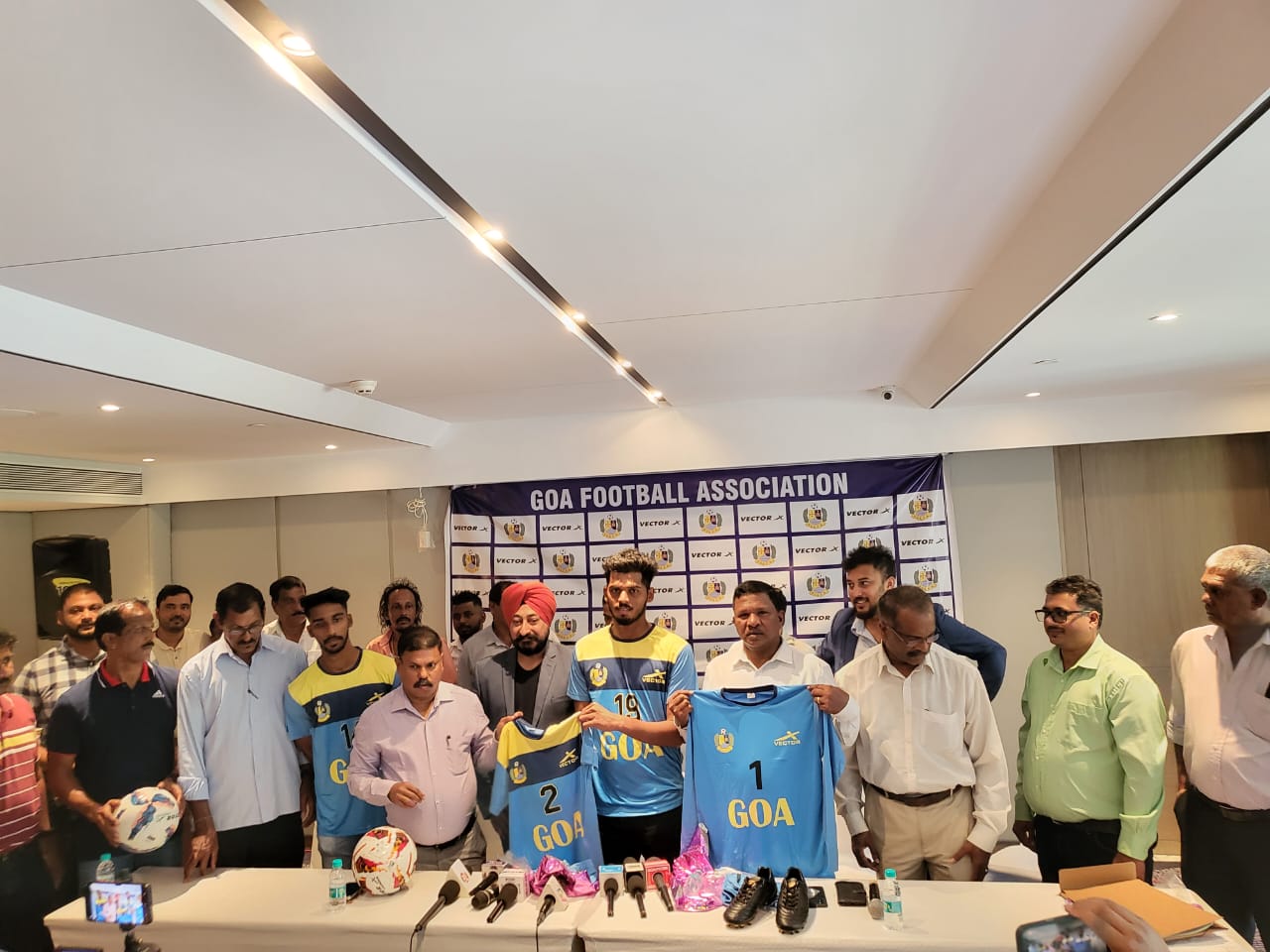 Spread the love
Goa Khabar: On the occasion of its 63rd anniversary, the Goa Football Association proudly announced its partnership with Vector X, as their new kit partners.
The State Association inked a four-year-deal with the sports brand beginning from the 2022-23 season. Vector X will support GFA in providing entire football kits, for all the State football teams (including the juniors and women) for the next four years. They will also provide footballs for all GFA Competition’s as well as kits for referee’s.
Speaking during the ceremony, GFA President Dr. Caitano Fernandes said, “As we commemorate our 63rd anniversary, it’s a wonderful day for the Goa Football Association, and I want to thank everyone for being a part of this wonderful journey. Now that we have an agreement with Vector X, it’s even more unique. We are thrilled to have Vector X on board with our footballing endeavours as they are one of the largest names in Indian sports. This is only the beginning of our efforts to grow the sport in the State; a lot of other intiatives are in the pipeline. I wish our state team good luck in their campaign.”
Vector X Brand Manager Baljinder Singh, “Being a part of Goan football is a huge honour. Given that Goa is a special state where football is celebrated, we at Vector X are thrilled about this new partnership. We are aware of the state’s football activities, and it would be an honour for us to add to Goa’s success tales.”
Sr. Vice President Anthony Pango explained that the present deal was over four times better than the previous deal. “After much efforts by us, we have been able to secure a much better deal that will help clubs and the Association for the next four years”.
GFA Vice President North, Jonathan De Souza said, “We want to express our gratitude to AIFF General Secretary Shaji Prabhakaran for helping us close this deal with Vector X. He was crucially significant. Additionally, I would like to let you know that Vector X will also sponsor all of the GFA’s member clubs by providing football. The company has also agreed to provide extra benefits in terms of discounts on various equipment for the affiliated clubs. Additionally, the kit sponsors have agreed to give State referees kits for the first time.”
Earlier, GFA President Dr. Caitano Fernandes and Vector X Brand Manager Baljinder Singh signed an Memorandum of Understanding and unveiled the State team jerseys for the men’s senior national team for Santosh Trophy.
Related Topics:
Up Next