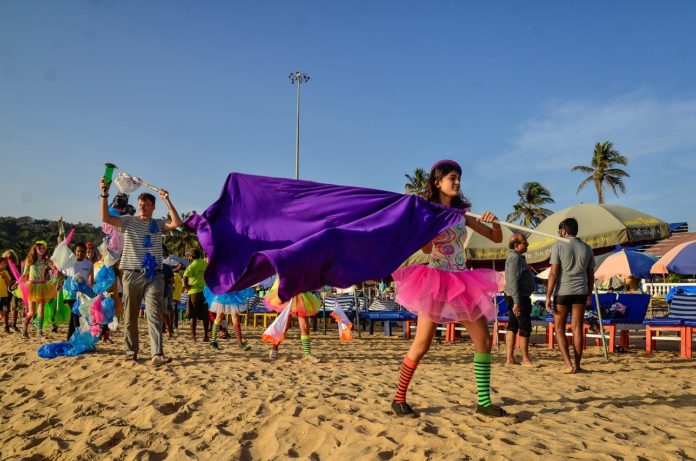 Goa Khabar:The second season of the unique public awareness campaign #TeraMeraBeach which was rolled out by Drishti Marine last season commenced in Jan 2019 and will run till the end of the tourist season. The campaign kicked off with the first pop-up Waste Bar on 30 January at Zanzibar in Baga followed by a second one at St Anthony’s Beach Shack, Baga.

Beach goers traded waste as currency against beverages and sundowners. Plastic straws, cigarette butts and bottle caps were used as currency.  In exchange for 20 cigarette butts or 10 bottle caps (aluminium or plastic) or 5 used plastic straws one could avail of beverage. The evening featured musicians using innovative instruments created from waste and a waste parade where participants created innovative costumes and headgears using discarded waste.

The Waste Bar will pop up in various venues in the next few months between 4pm and 6pm. The next pop-up Waste Bar is scheduled to be held on 13th March at Bottle Bay Beach Shack in Baga.

Calangute Panchayat, Kingfisher, Desmondji and Carry Your Bottles and Big92.7 FM partnered with the event.

Through the #TeraMeraBeach campaign Drishti Marine aims to educate people, especially visitors on cleanliness and beach management along the coastal stretch through music and art to raise awareness on keeping Goa’s beaches clean. The campaign will feature a unique waste – bar, art installations and beach clean-up drives. 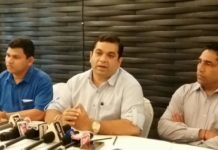 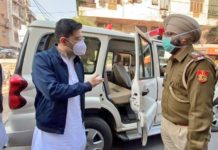 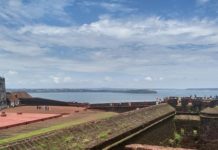 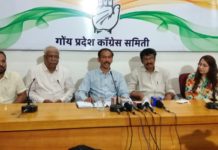 Salman Khan unveils the first look of the upcoming biopic on...