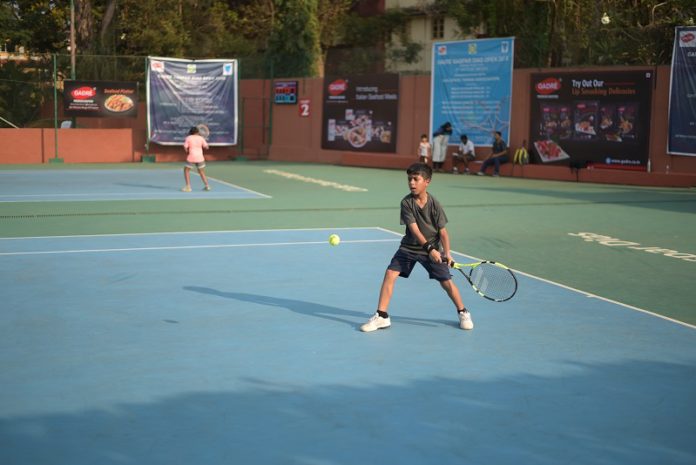 Goakhabar: ­­­­Tennis fans were in for a treat as day four of Gadre Gaspar Dias Open 2018 witnessed the commencement of the Under 12 Boys, Under 12 Girls and Men’s Singles categories.

Sukesh Vanket and Darien Da Costa marched into the next round of the presently ongoing Gadre Gaspar Dias Open 2018 tournament. The Under 12 Boys category witnessed Sukesh convincingly defeated Prajval Naik 6-0 to secure his place in the championship. While Darien overpowered Aryan Kokarlwkar (6-3) to step closer to the title.

Shreya Singhee got the better of Riddhiman Dessai in the Under 12 Girls category (6-2) an inched closer to the title. Meanwhile Adil was engaged in an intense battle with Neville Gomes (4-2, 4-3) where Adil won the battle in the Men’s Single category.

Day five will witness draws in the Men’s Singles, Men’s Doubles, Mixed Doubles, Under 12 Boys and Under 12 Girls categories.

Shaan Javeri and Shanaya vs Amar Bernard and Sophie Chowgule 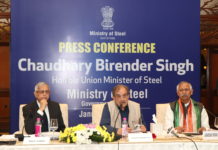 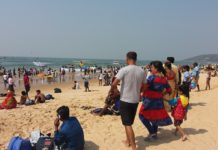 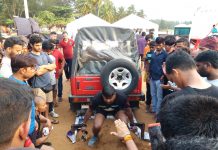 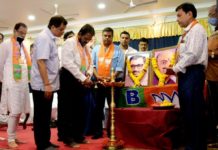