BY NIBEDITA SEN
nibeditaspeaks@gmail.com
Goa Khabar: In commemoration of the golden jubilee year
of International film festival of India (IFFI), Entertainment society of Goa (ESG)  has banned single used plastic and introduced the online ticketing to cope with single use plastic and paper wastage.
Chief executive officer of ESG Amit Satija has initiated plastic free festival under green project.Single used plastic water bottles has been banned and replaced by glass bottles with a logo of Entertainment society of Goa (ESG) in it.
“Earlier people bought plastic bottles. In four days time, each person used minimum eight bottles, some partly consumed. This not only generated litter and increased the workload of municipal corporation but also spiked the carbon footprint. So, this year we decided to replace the plastic bottles with glass bottles embedded with ESG logo,” the CEO of ESG explained. Moreover, the water bottles are not sold at exorbitant price rather it is charged only once with free refills.
“We have priced each bottle for 30 rupees and free refills are allowed for innumerable times, which is quite affordable. The bottles are small and portable. Some celebrities have carried these bottles as souvenir,” he said.
“Paperless project has been initiated last year but this year it was executed very well. The online ticketing has cut down misuse of paper wastage. Everything is done by the card,” Amit Satija mentioned.
Responding to the negative remarks and feedbacks like dirty toilets, drugged animals and security of women, CEO Satija mentioned that every problem is dealt with immediate action.
“As soon as we were informed about the drugged horse by some activists, we had informed the owner and corrective actions were taken. ESG associates were not aware about the diseased horse,” he said.
Further informing about the helpline he told, “This year we have launched a helpline number. Delegates can call up and inform about their problem and ask for the required service. We have also placed strict security this year and women are perfectly safe in Goa,” Amit said.
Hailing from Vasco Da Gama, delegate Swati Sarkar after quenching her thirst praised the ESG for such an initiative. “After a 45mins travel getting water at the venue is priceless. People buy water at any given rate but here the bottles are affordable and handy,” she said. 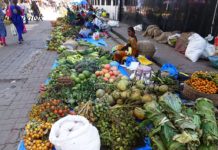 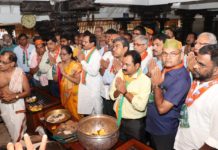 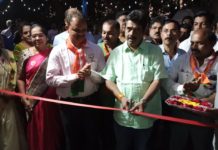 12 rescues today across beaches. Family of three rescued in Betalbatim