Goakhabar: Shekhar Sen, Singer, Music Composer, Lyricist, Playwright and Actor and Chairman of Sangeet Natak Academy will perform his internationally acclaimed musical monoact “Kabeer” on 24th July at 3 pm at Kala Academy, Goa which is being organized by Goa University in association with Directorate of Art & Culture and Kala Academy, Goa. The show will be inaugurated by Smt Mridula Sinhaji, Hon’ble Governor of Goa and Chancellor of Goa University in the distinguished presence of Shri Manohar Parrikar, Hon. Chief Minister of Goa. Shri Govind Gaude,  Hon. Minister for Art & Culture, and Prof Varun Sahni, Vice-chancellor, Goa University will be present as hosts.

The play “Kabeer” is based on the life of famous saint poet Kabeer. Love, Peace and Religious Harmony are the three mantrasthat have the power to make every divisive wall melt and to raze every barrier erected by fanatic rage and hatred. Among the innumerable Masters who have tried to make man realize the importance of internalizing these life-giving qualities is the prolific poet-saint Kabeer, whose immortal songs capsuling the highest truths in the most simple and lyrical words are ensconced in the heart of every seeker of the Divine, religion no bar! It is the unique 600-year-old story of this All-time-Great that writer-composer-director, singer and actor Shekhar Sen breathes life into on stage through the mesmeric, 2-hour mono-act Kabeer which has 45 song sequences!

Sen’s voicepower and charisma combine to carry the viewer into another time, another clime – the ‘spiritual city’ – Kashi ,where Kabeer- the sensitive foundling of unknown parentage, growing in the loving foster-care of a Muslim couple, feels a rising rebellion about the bigotry and superstitious beliefs of the high priests propagating a totally false notion of religion. The commendable dramatic skill with which Shekhar empowers the audience to feel the impact on this creative revolutionary of holy personages like Guru Ramanand, Raidas, Shaikh Fareed, the stirring nuances with which he presents the story of Kabeer’s marriage to Loyee, the dramatic intonation with which he flexes his script to describe Kabeer’s milestone-meeting with Sikandar Shah Lodhi, everything adds up to make this magical musical a ‘forever-experience’ in the album of memories.

Shekhar Sen, Singer, Music Composer, Lyricist, Playwright and Actor born on 16 Feb 1961 in a Bengali Family of Raipur, Chattisgargh to renowned classical singers and musicologists Dr. Arun Kumar Sen & Dr. Aneeta Sen. This genetic inheritance and personal creativity in the unique world of melody, emotion, rhythm and harmony brought him to Mumbai in 1979, where he aspired to become a music composer. By 1984, he started to perform singing concerts with creativity and innovative numbers based on Hindi literature .

Shekhar Sen has to his credit more than 200 musical albums released since 1983, proclaiming his multiple skill as singer, lyricist and composer. He has also sung and composed music for many TV serials and films and performed many singing concerts at home and abroad.

Shekhar Sen Has Been The Recipient Of Abundant Love From His Audience, Critical Acclaim From The Literate And Innumerable Awards, Honours From Prestigious Organistaions. He Has Been Honoured By “Padma Shri” Award In 2015 By The Government Of India. 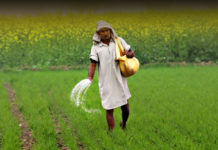 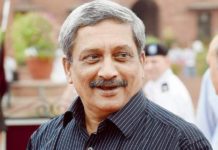 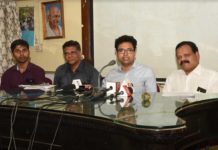 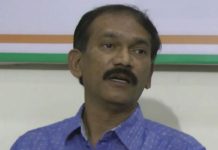 Poojal Naik moves closer to the Women’s Singles title at the...