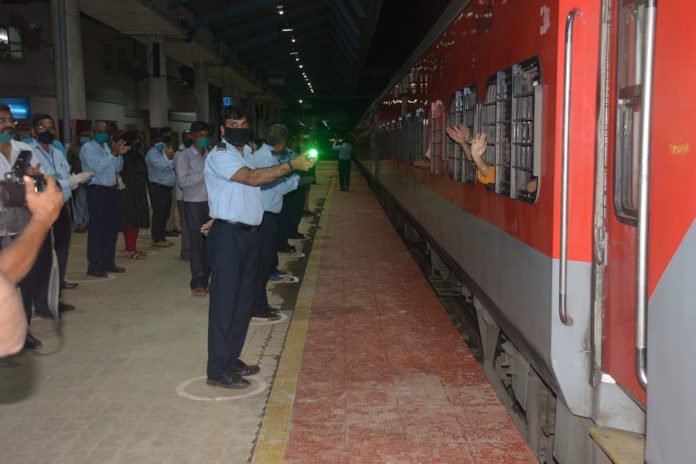 Goa KHabar:The second train to Udhampur carrying 728 Passengers from Jammu and Kashmir State and Ladakh Union Territory who were stranded in Goa due to the ongoing nationwide lockdown were sent to their native place today by special train with no. 01606 Shramik Express of Konkan Railway.

This was the third Shramik Express train from Goa. Earlier, one train had left for Madhya Pradesh and other to Udhampur.

The train to Udhampur left from Margao Railway Station at 8.50 pm today.

Earlier, the passengers were ferried from their concerned locations to Pandit Jawaharlal Nehru Stadium Complex, Fatorda by special KTC buses. The registration of passengers was affected and they were later screened for COVID-19 symptoms by the medical staff before bringing them for boarding the train for their onward journey.

Out of total 728 passengers, 8 were students who came from Belgaum by road to board the train.

Jammu and Kashmir Association had contacted the State Government and requested to make arrangements to send passengers back to their respective State. Accordingly, necessary arrangements were made with the help of State Government Authorities to enable the stranded people to reach their native destination.

The Passengers who left for Udhampur are from different districts of Jammu & Kashmir and Ladakh union territory informed by the District Magistrate. The authorities from Jammu Kashmir and Ladakh will receive these passengers upon their arrival and will be sent to their respective destination with proper transport arrangements.

Shri Roy acknowledged & appreciated the work by the whole teams who have been working tirelessly since yesterday to ensure the journey of the stranded people was without any hurdles.

More such operations are in process and will be undertaken in coming days.

Passengers expressing their happiness said they are very much grateful to the State Government for all the good care and arrangements made all this while. Government ensured that the whole process of arrangements were effected smoothly they remarked.

Necessary arrangements was also made for the Muslim brethren passengers at Fatorda Stadium to offer their namaaz for their ongoing ramdan. 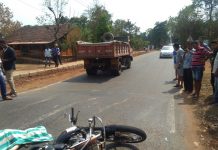 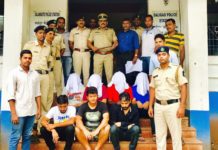 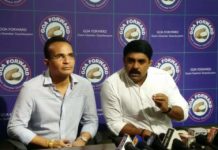 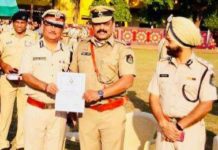