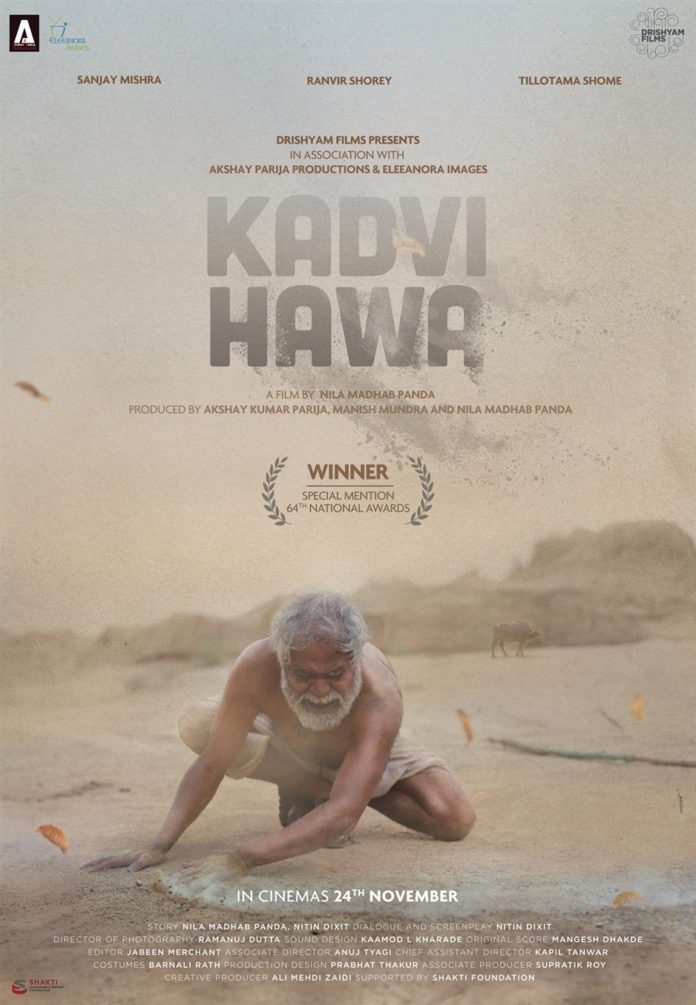 Mumbai/New York:After a successful launch in 2016, Museum of the Moving Image (MOMI) and The India Center Foundation (ICF) present the second annual India Kaleidoscope Film Festival (IKFF), to be held from November 9th to November 12th, 2017. India Kaleidoscopeis a new festival that will present film lovers with a chance to immerse themselves in the unique sights and sounds that make up the Indian regional, independent film landscape. These films, which explore the most relevant and pressing topics facing the subcontinent, are being made by today’s most progressive filmmakers working in regional languages. This year, India Kaleidoscope will span seven different regional Indian languages and include new programming initiatives that bring independent regional Indian cinema to an even wider audience.

Museum of the Moving Image Chief Curator David Schwartz said, “India Kaleidoscope, in just its second year, is already making a great impact as a showcase for the incredible diversity of Indian cinema, with its focus on artistic and independent films from the many regions of this sprawling, culturally rich country.”

“Indian cinema today is independent and regional language cinema, and these films represent the best and most exciting work from the country. We are thrilled to present this eclectic and wholly original selection of films and filmmakers to the New York and U.S. audience” said Sudeep Sharma, Festival Programmer.

India Kaleidoscope Film Festival 2017 will screen eight feature films, seven of which will be U.S. or North American premieres. Most of the films will feature directors in person, and a major chunk of the programming lineup feature films directed by women filmmakers. The Opening Night film is Drishyam Films’ Kadvi Hawa directed by Nila Madhab Panda.

Other highlights include the U.S. Premiere of director Anurag Kashyap’s  Mukkabaaz  and Pahuna, a film produced by actor Priyanka Chopra. In an effort to expand IKFF to wider audiences, this year’s closing night screening will be held at the SAG-AFTRA Foundation Theater in Manhattan. See below for full lineup. All films will be screened with English subtitles.

Tickets will go on sale at the following link, beginning October 18: movingimage.us/indiakaleidoscope.

Once famous for their farming, the people of the Mahua region in Rajasthan have forgotten the earthy scent of rainfall on their soil. In crushing debt, and unable to grow food, many farmers commit suicide. Hedu (Sanjay Mishra), the blind father of a farmer, fears his struggling son may do the same. Gunu Baba (Ranvir Shorey), called the ‘god of death’ by villagers for the suicides attributed to him, arrives to collect bank payments, but is himself worried about the floods and frequent cyclones that threaten his family in the coastal village of Satabhaya, Odisha. Each wanting to save their own family, they decide to help one another. With stark landscapes and moral choices, Kadvi Hawa is a wake-up call for a world suffering with climate change, still unprepared to face the consequences of their actions.

Daring auteur Anurag Kashyap (Gangs of Wasseypur, Raman Raghav 2.0) adds a wholly original Indian perspective to the rich history of boxing and sport films. Aspiring boxer Shravan (Vineet Kumar Singh) slogs day and night to achieve his dream of being a recognized boxer. Things go awry when he falls in love with a high-caste, mute girl who happens to be the niece of his arch nemesis, the head of the state boxing federation. Shravan soon finds out that in India, boxing is about everything else but the sport, which is heightened by the volatile political climate of Uttar Pradesh.

The life, music, and homeland of legendary folk singer Pratima Barua Pandey take center stage in Sonar Baran Pakhi. Born to royalty and raised in Western Assam, the film opens with young Pandey fascinated with the music and stories of servants and people working in the fields. Despite being dissuaded away from such “vulgar” music, she continues learning and performing the music of her people and sharing it with the world. Bobby Sarma Baruah, with images from the stunning Assamese landscape and original records from Pandey herself, offers a fresh take on the bio pic with an subject that deserves more recognition as an Indian and world artist.

Up Down & Sideways is a sensory take on the everyday lives of the community of rice cultivators in Phek – a town in Nagaland – and their memories of love and loss created from working together on the fields. On the field, people often come together in farming collectives called müle and work and sing together over many seasons. As the seasons change, so does the music, transforming the mundane into the hypnotic. In the lyrics of their music is reflected the philosophy of Li; the fact that its base polyphonic structure cannot be created with a lone voice. The love that they sing of is a metaphor for the need for the other — the friend, the family, the community — to build a polyphony of voices. An unforgettable sonic and visual journey to a land and people with traditions that have sustain them for generations.

Deep in the tropical forests of south India, Prakasan (Dinesh Prabhakar) decides to leave his seemingly idyllic life for a government job in the big city. Despite the warnings from friends and family, Prakasan makes the long trek and is immediately shocked by the language and customs of everyone he meets. Still committed to being successful in his new surroundings, he is further tested when he learns his job is to educate sex workers. Director Bash Mohammed’s second feature, Prakasan is a wryly funny, touching, and timely story on migration from the village to the city.

When three young Nepalese children, including a baby brother, are separated from their parents as they flee into Sikkim, they hear tales from other villagers about the supposed evil deeds of the Christian priests that will take them in. Amrita and her brother Pranay decide to go off by themselves in order to survive. In a new land, they survive only on the kindness of the hill people and their resolve to protect each other. A heartwarming and family friendly debut feature from director Paakhi Tyrewala, Pahuna is produced by Priyanka Chopra and her mother Dr. Madhu Chopra as part of a planned series of films set in India’s cinematically underrepresented areas.

Life and death co-exist every day on the banks of the Ganges in Varanasi. Last Days. Last Shot tells the story of two people living in the ancient city. Vikram takes photos of the dead before their cremations as a last memento for family members. Dada was once a celebrated artist in Tokyo and runs a guesthouse with his Japanese wife. Elegantly told with a lighthearted playfulness, Sumira Roy’s debut documentary shows two contrasting views of life and death.

In rural 1960s Maharashtra, Keshav (Hrishikesh Joshi) is a respected fortune teller with a loving family and one prized possession: a beautiful foreign made bicycle. One night when two bumbling thieves steal his bike, Keshav is crushed and, despite his friends and families best attempts to cheer him up, he feels he has lost a part of himself. Meanwhile, when nearby villagers recognize the bike’s as Keshav, the thieves come up with an elaborate story and struggle to stay one step ahead in their ruse. Featuring gorgeous cinematography and strong performances, Cycle is a charming and heartwarming tale of the power of goodness. 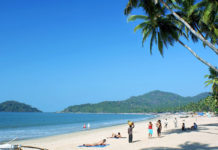 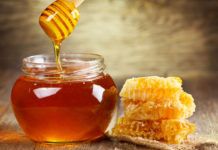 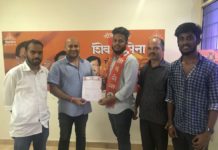 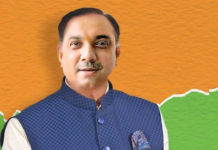 All preparations in place to host tomorrow’s Karyakarta Sammelan, 15,000 plus...

‘Every child deserves the #TouchOfCare’ states Vicks, in the second edition...