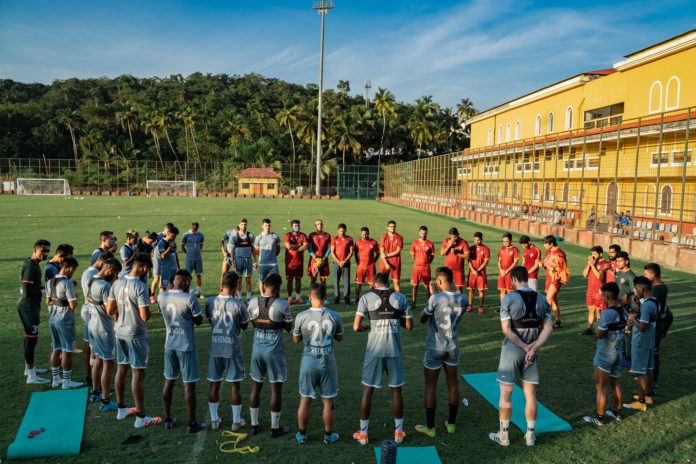 Goa Khabar: FC Goa will step out at the Jawaharlal Nehru Stadium on Wednesday to face Mumbai City FC. Recent seasons have seen the Gaurs dominate the proceedings in games against the Islanders.

The ISL League Winners’ Shield holders have, in fact, done the double over the Blues in each of the last two seasons.

This season, the game will have another edge to it with former FC Goa head coach Sergio Lobera marshalling the troops from the Mumbai City dugout. The Mumbai City team will also feature a flurry of former Gaurs, with the likes of Hugo Boumous, Mandar Rao Dessai, Amey Ranawade and Mourtda Fall primed to take to the field for the first time against FC Goa.

However, for Juan Ferrando’s men will remain focused on getting their first 3 points of the season. Speaking ahead of the game, the Spaniard stated, “The biggest focus ahead of the game will be on my team. I have to see to that my players understand the concepts we want to execute both going forward and in defence.

“This will, of course, take time and we firmly believe that we will get their soon. Of course, we will have to see and adjust as to what the opposition brings to the plate, but the concentration right now will be to get things right in terms of what we want to execute.”

Edu Bedia, who will be up against a number of his ex-teammates. However, the skipper didn’t want to play that side of things much.

“I know that there will be an edge to the contest with a number of our ex-players in the Mumbai side. However, I feel that extra motivation is not really good for any athlete and might end up in pushing himself do more that is required,” opined Bedia.

“Our focus will be on 3 points and to improve ourselves. We ended the last game on a high note and we want to carry on that momentum.”

Here are some stats and that you need to need to keep in mind before kickoff:

0 – Usually a high-scoring affair, it is interesting to note that the 3 draws played out by the two sides in the ISL has been goalless affairs. Both home and away legs in the first season saw the two sides blank each other out. The third goalless draw came in the Gaur’s home leg during the 2016 season.

2 – Igor Angulo had an immediate impact on the Gaurs’ season in his very first game in Orange. The Spaniard delivered a timely brace, helping FC Goa storm back from being two goals down. This is the best return for any player on debut with FC Goa ever in terms of goals.

3 – FC Goa has scored 4 goals or more in 6 of the last 11 games played against Mumbai. Over this period, the Gaurs have bagged 34 goals, averaging a tad over 3 goals a game against the Islanders.

5 – The Gaurs have won 5 of their last 6 games against Mumbai City FC. The run started in the 2018/19 season at home when they beat Mumbai 5-0 before doing the double with 2-0 win over the Islanders in Mumbai. FC Goa beat Mumbai 5-1 in the away leg of the semi-finals before succumbing to a 0-1 loss at home. Last season saw the Gaurs do the double for the second season in a row with 4-2 and 5-2 wins in Mumbai and Goa respectively.

7 – FC Goa’s biggest victory in the ISL came against the Islanders – when they romped to a 7-0 win in the corresponding fixture on 17th November 2015. It is not only the biggest margin of victory for any team in a game in the ISL, but also the only occasion on which there were two hat-tricks scored by players from the same side.

9 – FC Goa’s 9 goals against Mumbai City FC over the two legs last season is the highest the Gaurs have scored against a side over two legs of the league stage in any ISL season.

13 – With debuts for Hugo Boumous, Mandar Rao Dessai, Amey Ranawade and Ahmed Jahouh, a total of 13 players have taken the field for both sides in the ISL. The others in the list are Brandon Fernandes, Jackichand Singh, Pronay Halder, Keenan Almeida, Pratesh Shirodkar, Gabriel Fernandes, Rowilson Rodrigues, Raju Gaekwad and Sanjay Balmuchu.

15 – This will be the 15th game between the sides with Goa having come on top on 7 occasions in the previous 14 games. 3 games have ended up in draws whilst Mumbai have won on 4 occasions.

100 – Edu Bedia is the only player to have touched the century mark in terms of touches amongst players in the opening 4 games. The FC Goa skipper also leads the league in terms of passes with 89 passes played – a number which embodies his role in building from the back. The midfielder also leads the team in terms of tackles with 7 in the game against Bengaluru. 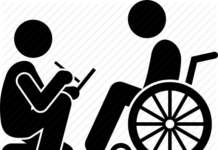 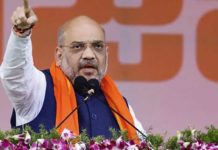 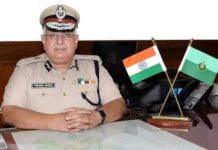 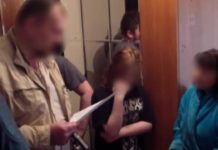