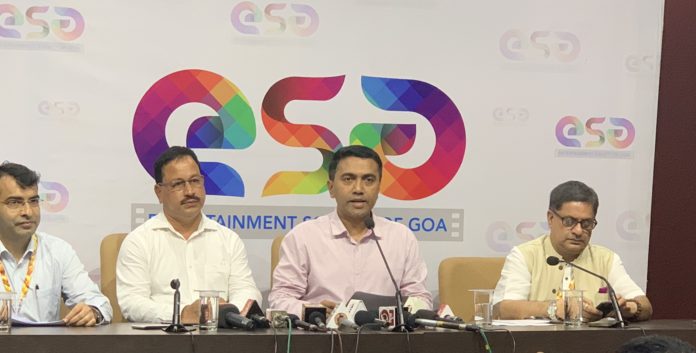 Actor Rajnikanth will receive the ICON of the Golden Jubilee Award.

Goa Khabar:The International Film Festival of India (IFFI) returns to the golden shores of Goa bigger, brighter and inclusive for all. One of Asia’s oldest festivals is set to stage the grand opening on 20th  November at Dr Shyama Prasad Stadium, Bambolim from 3 to 6pm. It boasts of a star-studded soiree with the likes of Amitabh Bachchan, Rajnikanth who is also the recipient of the ICON of the Golden Jubilee award at IFFI 2019 and Bend It Like Beckham star Johnathan Reyes Meyers. Bollywood director Karan Johar will host the event. Speaking at the curtain raiser press conference Dr. Pramod Sawant, Chief Minister of Goa said that all preparations have been done at the festival venues. While elaborating the details of this year’s edition, he said, “The delegate count is 9300 with a total confirmed 7000 delegates.”  It is also noted that there has been a 35 percent increase in this year’s delegate registration.

Dr. Sawant also said that 200 students from the Goa Art College have participated for the first time in the Goa Art Mile, an art installation program.

Filmmakers have been given an opportunity to participate in the Mini Movie Mania-Short Film Competition. Winners stand a chance to win 10 awards in the national category, while 20 at the local level. The section has received a total of 462 entries of which 352 are national and 110 at state level.

Festival Director, Directorate of Film Festival, Shri Chaitanya Prasad briefing the media stated that the way the programming has been done is the result of a constant monitoring by Chief Minister of Goa Dr. Pramod Sawant and Information & Broadcasting Minister Shri Prakash Javadekar. “The kind of programming done is a homogenous balance between the old narrative and the contemporary. There are some engaging Master Classes and In conversations”, he added.

With reference to the ease of ticketing, CEO, Entertainment Society of Goa, Shri. Amit Satija elaborated, “We have a paperless ticketing system for the first time. The details are stored in the delegate card given. If the mobile number or email is updated, the ticket details will be sent via SMS or email. The person has to show the card at venue and it will read by a barcode reader and given access. The online registration starts 48 hours prior to the screening of the movies, while counters open at 7am. There will be dedicated counters for the differently abled, senior citizens. Free transport will be provided for Inox, Porvorim screenings”, Shri Satija added.

IFFI will also honour one of French cinema’s defining faces actress Isabelle Huppert who will be conferred the Lifetime Achievement award at the opening ceremony. She has appeared in more than 120 films and is the most nominated actress for the César Award with 16 nominations.

Along with the official announcements, the 50th edition will enthrall the attendees and countless others with a cultural spectacle, a performance on the thematic of fusion music by noted music singer and composer Shankar Mahadevan and his band, who will bring alive the rhythms of India juxtaposed with international beats.

The opening day will also see the screening of Italian Film ‘Despite the Fog’ directed by Goran Paskaljevic. 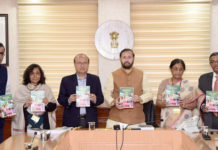 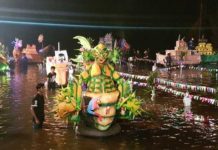 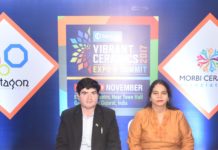 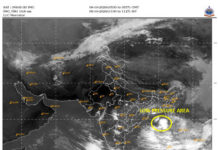 Iqra fights to overhaul the age-old perception that only boys can...