Imagine living in a region known for receiving the heaviest rainfall in the world. For some, it is better left upto the imagination.

Aiban Dohling knows only too well. Twirling with the ball in the shadow of waterfalls, the central defender from Sohra exclaims on the Goa rains (and it has poured pups and kittens this season!), “This is standard for us. I can’t complain about it. Our people don’t even carry umbrellas.” Those of us listening are sure he’s half-joking. The trademark ponytail that he had brought from Shillong has been sheared though owing to the ‘heat’.

Beneath that light-hearted grin is a resolute footballer. One who had to overcome a serious injury after graduating from the Tata Football Academy to being one of the bright spots for his Lajong side in the I-League.

He is, however, not the side’s only player to have featured for the prestigious TFA and Lajong sides. Chinglensana Singh’s career path from Churachandpur, Manipur saw him hit the same two destinations before heading to Goa.

‘Sana’, as he is known, left the hills at 14 to play in the Mahindra United academy. Moving on to the Air India academy, the centre-back had two fantastic seasons in Shillong before becoming Goa’s 3rd pick in the draft ahead of season 4.

Another Manipuri to have played for Lajong is Seiminlen Doungel. Len had a fantastic start to life in Goa, scoring in the Gaurs’ 3-0 win on opening night against Chennaiyin. It is at Friday’s opponents NorthEast United where he is still fondly remembered for becoming their first-ever hat-trick scorer in the ISL in a 3-1 win over Chennaiyin FC.

The former JCT youth is also an Indian international, and has seamlessly settled into the FC Goa squad, getting into dangerous goal-scoring positions. He played on the opposite side to Jackichand Singh in the Lajong-Royal Wahingdoh local derby in the 2014-15 I-League.

Jacki had a barnstorming season in his and Wahingdoh’s first season in the I-League as he helped his side create waves on the national stage, scoring the winner for the Lajong side in a 2-1 upset of Churchill Brothers in 2011. Like Len, Jacki played for the Kerala Blasters before switching to the Gaurs.

Mohammad Nawaz, one of the youngest keepers in the division, was a part of the India Under-17 camp for the 2017 World Cup. Fuelled by his desire to play for a top division side, he started season 5 for the Gaurs between the sticks and hasn’t looked back since. 15 appearances and 5 clean sheets later, the 19-year-old has played the first 2 games for Lobera’s men in the new season.

Lalawmpuia, the lone Mizo, grew up idolising the likes of Jeje Lalpekhlua and Shylo Mama, and shone in the Goa Pro League last season, notching 13 strikes in all.

Guwahati is sure to turn out in numbers to watch this clash between two teams who were in the play-offs last season. They will have heroes to cheer on for both sides in what is sure to be a high-octane clash. 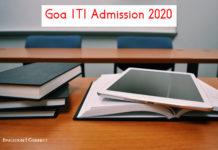 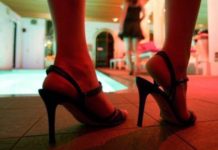 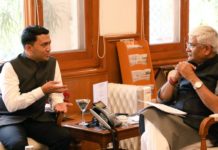