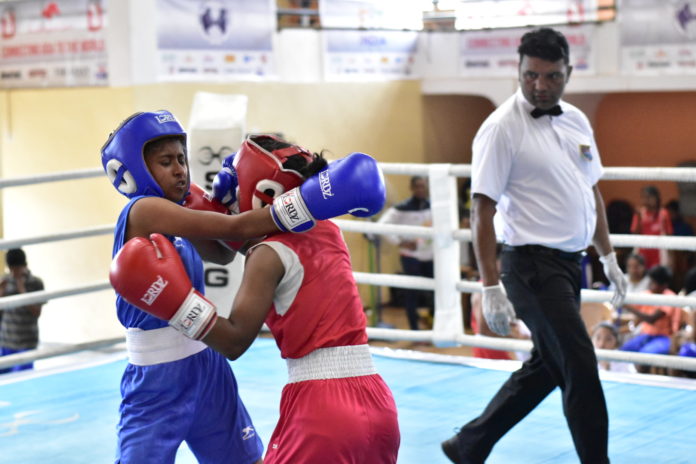 Goa Khabar: The performance of all the boxers in the Goa state boxing championship 2020 was tremendous so far but the second last day of the tournament witnessed some really exceptional boxing as the contenders took over their opponents in extraordinary bouts. The day observed semi-finals of youth women, elite women whereas finals of cadet girls, sub junior girls, junior girls, cadet boys and sub junior boys.

The day commenced with the bouts of youth women semi-finals (45 – 48 kg) where Siya Walke in the red corner took over Priyanka Mistri in the blue. Both the boxers looked threatening in the first round with continuous attacking punches. The boxer in red dominated the second round with powerful punches merely giving her opponent any chance to attack. Both the boxers went for the standards, as siya conquested to Priyankas face sending her for a count.  Siya commenced the 3rd round with vigorous punches, blazing Priyanka couldn’t stand the onslaught – got warning for clinching, later referee sailed ruled RSC in favour of Siya Walke.

Another exciting  bout of 45-48 kg youth women semi-finals Sangeeta Thappa of panjim boxing club in red clashed with Aarti Chawan of SAI in the blue corner. Both the boxers started well throwing equally hard blows on each other. Ararti showed her superiority in the 3rd minute of the round getting to Sangeeta’s face sending her for a count. Thereafter another knock to the chin and the referee stopped the contest in favour of Aarti Chawan.

While in 48-51 kg Suman YADAV who won bronze in khelo india 2019 took over Neha kadam. Both showcased extraordinary boxing, buy Suman looked dominant thereafter resulting in counts twice, in the second round which resulted the decision in favour of Suman with RSC by referee.

The bout between the titans – 69 kg boxers, Jessica karra and shreesha both national level boxers. The bout was exciting to watch and at times has the spectators standing and cheering. Jessica kept coming with her right straights to opponent’s face, while shreesha gave into a 5 -0 defeat.

Another amazing tough bout between Priti chawan from SBC and Nishila parsekar from RPBC from the elite women semi-finals was worth watching. While Priti was leading the first round and the first half of the second round, she seemed tired and nilisha took advantage and started aggressively once again to score and equalize. While the third round was completely dominated by by Priti chawan with a 3-2 win against Nilisha.

Aadti Mayekar from RPBC took over Aaditi Fadte RBCB, in 30- 32 kg cadet girls finals as the bout began. The cadet girls boxed long range with good footwork and excellent guard. Aaditi Fadte of RBSC jabbed all the way through, keeping her opponent Aadtiti Mayekar away even though she was trying to move forward. While the boxer in the blue dominated, it was sensational to watch father of the blue boxer Purushottam Fadte seconding his daughter and building her to win the bout against the boxer of RPBC with a win of 5 – 0.

While in the later finals of cadets 45 – 48 kg, Shilpi Patel of RBCB went against Taniksha Mandrekar of RBC with aggression, punching continuously on the opponents face and claimed her win with the decision of RSC against Taniksha .

In the sub junior girls’ finals in 43 – 46 kg Apurva Jadhav of STJ went against Chandani Suraj of SBC and claimed her win within few minutes of the first round with a decision of RSC in favour of Apurva. While in the 60 – 63 kg sub junior finals a shocking bout as Sarika Shetty of RPBS claimed her win against Saniya Kumari of STJ in the first round where Saniya Kumari had to face counts, twice  in the first round as Sarika came with powerful punches claiming the title in her favour with the decision of RSC against Saniya.

While the 35-37 kg sub junior girls finals was really astonishing to watch as Shravni Gaurav of SAI finished the bout  in her favour within  few seconds of the first round , as she practically knocked her pponent Kavita Naik of SBC who had to face two straight blows from her rivalry to bear the loss with the judgement of RSC in favour of SAI boxer.

In the 40 – 43 kg sub junior girls’ finals Sonia Chawan of SAI claimed her win in the first round itself with dynamic punches on Khushi Son, thus she got counts twice in the initial round and the Referee stopped the contest in favour Sonia in the red corner.

While the sub junior finals of 33 – 35 kg boys were all blazed in the ring as Mohammed Rehan of PBC went on to take Vishal lamani of SBCA. Vishal in the blue looked very threatening as he came up with good combination of left – right punches in the first round. Both the boxers showcased tremendous performance and great anticipation. While Vishal was not able to hold on for too long, as Mohammed Rehan levelled up in the later rounds as he completely raged over the boxer of SBCA claiming a 3 – 2 wins.

However in another stunning bout of 35 – 37 kg sub junior boys final Laxman Toralkar Of RPBC showcased brilliant skills, footwork and power against the boxer of SBCA Ritesh Rampratab . While both the experienced boxers threw equal hard blows, Ritesh Rampratab couldn’t take the guard against the outrageous punches of the opponent and has to face a loss of 5 -0

In other sub junior boys  finals in 43- 46 kg Ashok Chawan of SBCA won against Akash Gounder of STG , while in  49 – 52 kg Sam Afonso of PBC had to face a loss against Ajay Lamani , whereas in 37 – 40 kg Altaf Mehboob of SBCA claimed his win against Prakash Nagappa of of MBC , while Avinash YADAV has to suffer a loss in the rivalry against Ramesh Gharti of SBCA. In the conquest of 70+kg Yash Desai of SBCB suffered loss in the hands of Yash Gokarnar of SBCA with the decision of RSC in favour of SBCA.

In the junior boys’ finals Jeet KUMAR Roy of RPBC claimed his hands over the gold in the 46-48 kg as he portrayed outrageous performance against Rohan Yadav, boxer of MBC. Jeet went in with aggression, throwing some great punches straight on the opponent’s face, merely giving him chance to gain back the flow and won with the RSC given by referee In his favour.

While in 48 – 50 kg rivalry between Ashutosh YADAV of STJ and Naail Gopalkrishna of SBC, Ashutosh YADAV was declared as a champion, He went on against his opponent throwing powerful blows on his face sending him for a count in the first round, thus winning in favour of RSC.

Where as in 50- 52 kg Sahil Vasant of MBBC claimed his victory against Vishnu BK of STJ. Similarly, in the bout of 54-57 kg Rafik Shaikh of SBC was claimed as the champion as he took down Sahil Ansari of STJ in the second round by setting him off with RSC.

The male cadet boxers also showcased great anticipation, with regards to this sir. Lenny D Gama said, “most of the sub junior and cadet finalist boxed with gustro however the punches thrown by them were continuous string of punches on opponents with no technique, thus they have to improve on their skills if they have to become a champion”. 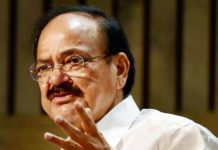 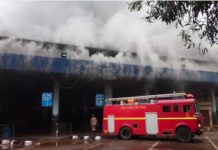 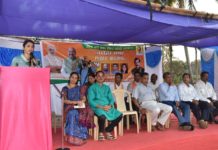 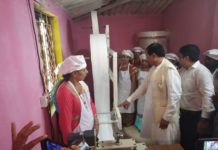