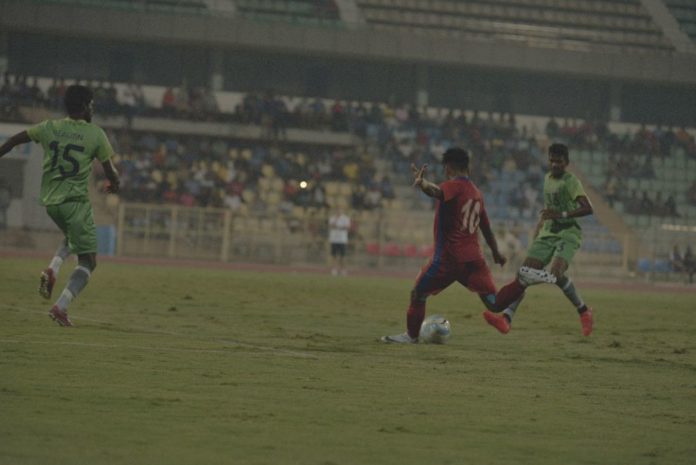 Panaji:FC Goa thrashed Chennai City FC 4-0 in their last pre-season friendly at the Bambolim Athletic Stadium
on Sunday, 12 th November 2017. Mandar Rao Dessai scored a brace, netting either side of half-time
before Brandon Fernandes and Liston Colaco added the third and fourth to make it an all-Goa party.
It was a cagey opening to the first half as both teams looked to assert dominance early on. The visitors
were the first to register a shot on target after a missed pass from the FC Goa midfield reached their left
winger who darted into the box and fired a shot at Naveen Kumar’s goal. The ball however, rifled the
side netting. Thereafter, the Gaurs began to get into the game and got their passing rhythm going.
Manuel Lanzarote and Mandar combined well down the left and the former put a superb ball in for the
Goan winger whose cross found the head of Manuel Arana on the right but the Spaniard headed straight
at the keeper. Moments later, Edu Bedia was on hand to flash a ball across the face of the goal but there
was no one to tap the ball in.
The Gaurs continued to press the opposition and midfield and were firmly in control of the game. They
eventually took the lead in the 26 th minute after a superb move involving Ahmed Jahouh, Brandon
Fernandes and Manuel Lanzarote as the latter tapped a ball into space which Mandar ran on to and toe
poked past the keeper brilliantly. The lead was almost doubled almost immediately as Brandon
controlled a blocked shot from Coro and attempted to curl it to the far post. The ball though, took a
deflection and just about evaded Arana at the far post. As the first half headed to a close, the Gaurs
should have had their second goal after Arana whipped in a fantastic cross to the far post where an
unmarked Brandon met it with a header which flew just wide.
It was more of the same in the second period. Sergio Lobera brought on Liston, Sergio Juste, Bruno
Pinheiro and Amey Ranawade in a bid to test out his options. The Gaurs responded by scoring a second
within minutes of the restart. Bruno who came on minutes earlier got the ball and darted into the
opposition half before threading a superb through ball to Mandar who got on to the end of it and
tapped it past the keeper to score his and the team’s second. The Gaurs continued to push forward
despite their lead and were awarded with their third goal a few minutes later. Brandon collected the ball
in midfield and lobbed a ball towards Mandar who knocked it back for the youngster who set it up with
his first touch and smashed an effort to the near post which the keeper got a hand to but couldn’t keep
out.
The Gaurs had the chance to make four later in the half when substitute Liston crossed for Coro running
through the middle but the Spaniard failed to get a head on the ball. Two substitutes, Anthony D’Souza
and Liston combined not long after to make it four after the formed picked the ball on the left and
curled a ball to the far post where Liston tapped home. Sergio made a host of changes once more as he

brought on youngsters Kingslee Fernandes, Yasir Mohammad and Jonathan Cardozo in a bid to give
them some game time. Chennai were defending deep and looking to hit the Gaurs on the counter but
the Gaurs’ defence remained organized and thwarted the attacking players. FC Goa on the other hand
were looking for the fifth and they pushed forward in waves in an attempt to get it but Chennai held on
tightly and didn’t concede another as the full time whistle blew. 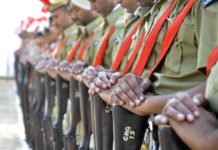 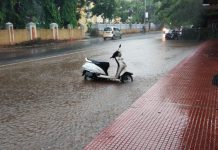 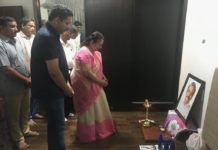 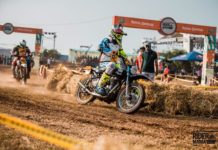