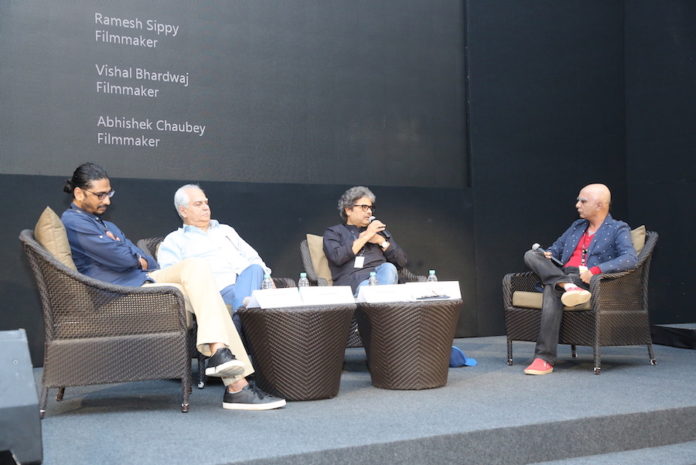 ~ Ever since Dadasaheb Phalke made the first film, cinema has been changing: Ramesh Sippy (Filmmaker) ~

~ I am past the stage where I get demoralized with feedback: Sriram Raghavan (Filmmaker) ~

~ Just because it’s an animation film doesn’t mean it has to be cute or for children: Gitanjali Rao (Filmmaker) ~

Goa Khabar: Day 4 of the Film Bazaar saw a flurry of activity with delegates rushing from one meeting to another while trying to attend the many wonderful sessions in the Knowledge sessions which had the longest and most exciting slate of panels and sessions of all four days throwing light on multiple issues around the craft and business of cinema and its future.

The Knowledge Series continued with its amazing slate of sessions of value to the filmmaking community.

When asked about the change in the filmmaking scenario, Vishal Bhardwaj said, “I think we are in probably the best of times today. When I started Maqbool it was so difficult to get it off the ground. Now the times have changed and it’s so much more exciting.”

Adding to it, Ramesh Sippy said that, “Ever since Dadasaheb Phalke made the first film, cinema has been changing and it will keep changing.”

Speaking about what drives him, Abhishek Chaubey said, “The idea has always been to create content that would be fresh, that would push the boundaries in the mainstream space. I try to make films that don’t lull people into sleeping but jolts them into waking up.”

The filmmakers also spoke about why they turned producers. Abhishek Chaubey said, “It’s very important for creative people to take control. When you turn a producer you put your money where your mouth is.”

But how do you maintain objectivity? To this Ramesh Sippy answered that, “As a filmmaker one has to be self-critical and brave enough to question yourself.”

Raj Nidimoru kicked off the conversation by saying that they always try to mix genres. To this Krishna DK added that, “There’s an underlying message in Stree, it’s not just a horror film or a comedy.”

Patrick Graham, a self proclaimed horror geek, felt that although the horror genre was still to find its feet in India, he could sense the beginning of a new wave of horror which is not just about sleaze or false scares.

Cinematographer Pankaj Kumar spoke about how he went about creating the world of Tumbbad. He said, “We knew we had to create this atmosphere of dread, a place which engulfs you, is immersive. That’s why we shot the film in a way that it seems gloomy all the time. There’s a consistent lack of sunlight. We shot during the monsoons. We were very clear about the visual language of the film.”

Sriram Raghavan was in conversation with Somen Mishra (Head, Creative Development, Dharma Productions) in the last and amongst the most exciting panel of the day.

Sriram Raghavan’s recent thriller Andhadhun is still running successfully in screens across the country. Somen Mishra (Head, Creative Development, Dharma Productions) spoke with him on his love for dark and pulpy noir. Sriram Raghavan spoke about how he’s grown up watching noir from across the world and was always attracted to them. “I was never sent to a police station and locked up like Hitchcock but I still developed a love for the genre,” he said to much laughter across the packed hall.

Speaking on collaborating with multiple writers he said, “Our process is very informal. We discuss a lot. I write a few scenes and then we discuss it back and forth.”

Coming to Andhadhun he spoke about how he fell in love with the short film ‘The Piano Tuner’ –which was also screened before the discussion started – and his struggle to get the rights for the film so he could remake and build on it. He said, “I wanted to take off from the last scene of the short film. And when we locked the script I was confident about it. It was an oddball idea which reminded me of the films of Hitchcock, Coen Brothers and Manmohan Desai. I just wanted to have fun with it.”

He also took the audience through the journey of getting the film made and the various reactions he received both at the script stage and then at the end of the final edit. He had the audience in splits with his candid answers on producers and how he’s learnt to handle them and their feedback over the years. He signed off saying that he’s beyond “getting demoralized” with feedback, a response that elicited chuckles from everyone in the room.

This panel had animator filmmakers Gitanjali Rao and Soumitra Ranade engage in a conversation with filmmaker Miriam Joseph.

Filmmaker Gitanjali Rao kicked off the panel by clarifying the wrongly held notion that many have about animation films. She said that, “Just because it’s an animation film, doesn’t mean it has to be cute or for children.

The panel, which also included another filmmaker Soumitra Ranade and was moderated by filmmaker Miriam Joseph discussed the challenges of getting animation films funded in India. Soumitra felt that things may be changing however he also added that it’s still likely to be an uphill task.

The panel also discussed the possibilities inherent in animation films. Soumitra Ranade said that, “Animation has a layer of abstraction inherent to it. Real images have lost the ability to shock us anymore. Animation still has the possibility to do that.”

Gitanjali Rao spoke about the impact of Japanese animation on her and wondered why Indians continued to ape the Hollywood tradition of animation films when it is the Japanese tradition of storytelling that India has so much affinity with.

The panel had a strong set of producers including Catherine Dussart, Deborah Sathe and Anshulika Dubey and the panel was moderated by Nyay Bhushan (Correspondent, The Hollywood Reporter). The panel discussed how they made the choices they made.

Catherine Dussart opened the conversation by stating that “It’s a mystery how we choose films. But what matters to us is the point of view of the director. It has to be unique. And when there’s a co-producer involved we need to know that we are making the same film.”

Anshulika Dubey stated that the, “Idea has to be relatable, it has to be a novel concept. We need to know that everyone will find it engaging.” To this Catherine Dussart added that, “The first thing we see when we take a film on board is the audience it might cater to and where the revenues might come from.”

Deborah Sathe added that, “We need to make money from the film. But it’s all about the story, if it’s exciting and unusual. When we see a story like that we just jump at it.”

Moving on to the subject of content creation he said, “Last four years have seen a tremendous rise in the number of YouTubers. We believe the next few years will be similarly amazing for content creators and curators. We’ve already started creating original content with the launch of the show called ‘Arrive’ in collaboration with A R Rahman.”

Regarding the talent management industry Ms. Ranimol said that, “Talent management in India is a very new industry. Bigger artists were managed by their secretaries but now because of the changing face of cinema and brands coming in, you need individuals to manage their lives and their careers.” She also felt that the industry needed schools and colleges to train young professionals so that the industry can grow.

Caleb Franklin provided his international perspective on the matter. He said that, “Talent management can mean so many things. We primarily work with authors, writers, directors and producers. What we do is we look at you and your passions and figure out how we can make that a reality while making a lot of money as well.”

Ms. Ranimol concluded the session by adding that, “It’s a time for honest global stories since the world is becoming increasingly competitive. Honest stories are what resonate across the world.”

Diwaker Chandani (Cluster Lead & Strategic, Partner Manager, Facebook) led the audience through the efforts Facebook is taking to help media partners grow their business on its various platforms like Facebook, Facebook Messenger, Instagram, Whatsapp. Each of these platforms have over a billion users worldwide making them the largest community of entertainment fans anywhere.

Mr. Chandani shared case studies of how media partners had leveraged the platforms to innovate, drive audience engagement, and build revenue streams. He encouraged filmmakers to use the platforms to reach out to niche groups of fans who can then evangelize their content and become marketers for it, thus helping them reach out to more people.

He ended the session exhorting the audience to extend their reach and build a devoted community.

The projects were across genres and budget ranges and managed to impress the mentors who gave feedback as well as encouraged the producers. The market saw business meetings in the lobby throughout the day between filmmakers and prospective buyers and other industry participants. 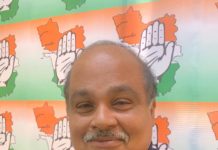 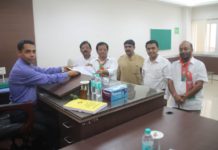 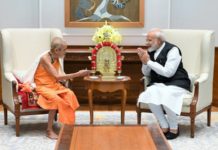 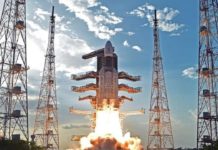 The Music programme at Serendipity Arts Festival to explore the gamut...