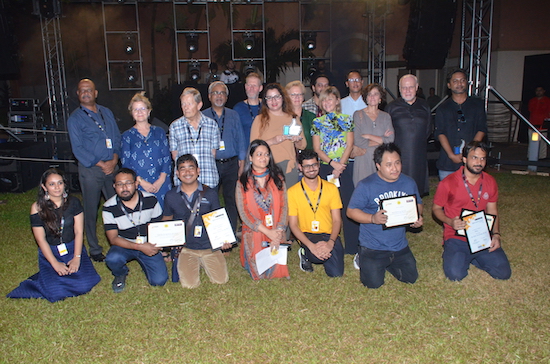 ~ The Prasad Digital Intermediate (DI) award by Prasad Labs and the newly introduced Moviebuff Appreciation Awards (DCP) 2018 were awarded to Nimtoh (Invitation) by Saurav Rai, Rukuni Koina (The Holy Bride) by Jadab Mahanta from the WIP Lab and Ajeeb Budhee Aurat (Strange Old Lady) by Kislay from the FBR section~

~ Eeb Allay Ooo! by Prateek Vats won the Facebook Award 2018 from the WIP Lab while Aamis by Bhaskar Hazarika won it from the FBR ~

Goa Khabar: The fourth day of the 12th edition of Film Bazaar at the International Film Festival of (IFFI) 2018, which was held at the Marriott Goa from 20th to 24th November 2018, ended on a high note with multiple awards announced for projects selected in the Film Bazaar Recommends and the Work in Progress section.

The Prasad Digital Intermediate and the newly introduced Moviebuff Appreciation (DI+DCP) awards were given to Nimtoh (Invitation) by Saurav Rai, Rukuni Koina (The Holy Bride) by Jadab Mahanta which were a part of the WIP Lab and Ajeeb Budhee Aurat (Strange Old Lady) by Kislay which was a part of the Film Bazaar Recommends section.

These awards recognize cinematic excellence and promote the development of talent. The recipients were selected by a Jury comprising of internationally acclaimed Festival Programmers/Directors, Producers and Industry Executives.

Sponsored by Prasad Film Labs (Mumbai), the Prasad Digital Intermediate (DI) awards will present free DI of three Feature Films. Prasad Labs is extending their support by offering 50% discount on the DI to all the Work-In-Progress Lab participants at Film Bazaar. Moviebuff also presented the newly introduced Moviebuff Appreciation awards to these three winners each of whom will receive Rs 3 Lakh worth of sponsorship for their first movie. The award, which is been given for the first time this year, also includes.

Under the Facebook Awards offers advertising credits worth USD 10,000 to the award winning film, which can be used in promotion of the official Facebook page of that particular film. This award was given on the basis of the most viewed film in Viewing Room (by duration).

A Closing Wrap on Film Bazaar

The Producers’ Workshop had 31 participants while the Viewing Room had an astounding 217 films. The Film Bazaar Recommends’ section featured 24 films and Industry Screenings saw 34 films plus the 5 Work-in-Progress films. The Viewing Room saw more than 105 people come to watch the films that were selected.

State Film Offices from Uttar Pradesh, Lakshadweep, Uttarakhand, Gujarat, Rajasthan, Andhra Pradesh, Delhi, Telangana, Karnataka, Tamil Nadu collaborated with the Film Facilitation Offices (FFO) to promote their states as filmmaking locations to national and international filmmakers. This year also saw the FFO launch its web portal the benefits of which were explained in detail at the session held at the Film Bazaar. 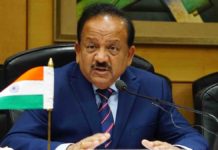 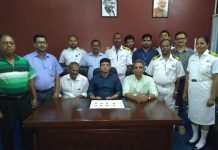 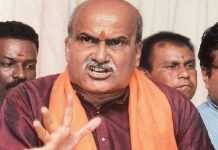 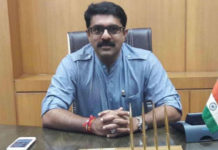