~ The ISL’s highest-ever scorer returns for one more year~

Goa Khanar: FC Goa is delighted to announce that Ferran Corominas has extended his stay with the club for one more year. The forward helped the club to their most successful season in 2018/19 as he led the line for the Gaurs – who finished runners-up in the Indian Super League before clinching the Super Cup, the club’s first piece of silverware.

34 goals in two seasons helped Coro become the highest-ever goal-scorer in ISL history whilst winning the Golden Boot in each of the past two seasons of the Indian Super League. He was also awarded the ‘Player of the Tournament’ in last season’s ISL as well as the Hero Super Cup.

The Spaniard, in two years in India has set the benchmark for what it is to be a forward. In addition to his goals (41 in all competitions), the Spaniard has been one of the leaders in terms of assists as well (16 in all competitions). Coro also led the league last season in terms of most shots on goal (31) and key passes by a forward (30) whilst having the best goals per game ratio (0.80).

A delighted Coro spoke to fcgoa.in after extending his stay. “I am happy to come back to Goa and it’s what I have wanted since the end of last season. I have always said that my first option was to continue playing here. I love the place, the Goan people and the infrastructure we have,” stated the forward.

“It is true that I have had offers from a number of teams, but the most important thing is to be happy and in Goa, my family and I are happy.

“The goal for the coming season is clear. After a wonderful campaign last time around, the only thing that remains to be achieved is to be the champions of ISL. I do not have any personal goal. Winning a title as a team is the best there is and that’s the thing that will drive me.”

Speaking on Coro’s extension, FC Goa President Akshay Tandon, stated, “What can I say about Coro that you are not already aware of? He is simply the best. In my opinion, he is the best forward ever to step foot on Indian soil, period. Getting him back was a big priority for us. Now our team is complete and I just can’t wait for the season to begin.” 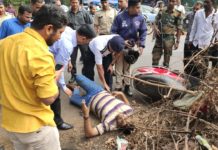 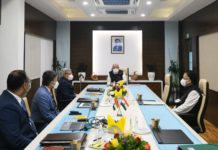 Admissions open at the leading Hospitality Institute VMSIIHE for the academic...