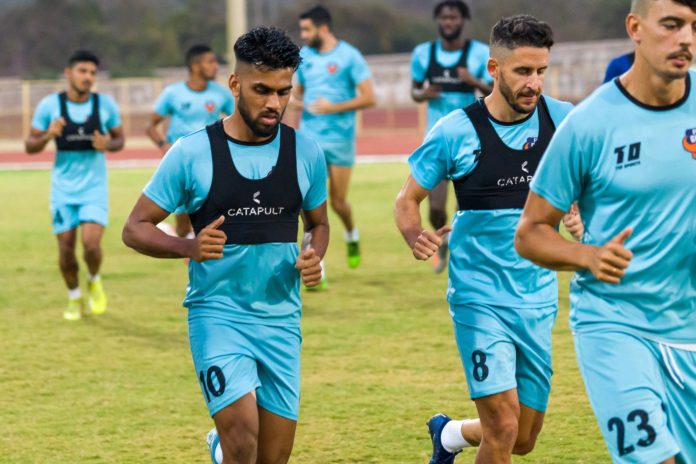 ~ The Gaurs pick up dominant win ~

Goa, February 5, 2020: FC Goa were at their flowing best at home as they eased past Hyderabad FC thanks to two goals each from Ferran Corominas and Hugo Boumous.

FC Goa started with one change from the win against Odisha FC, with Ahmed Jahouh returning from suspension to take the place of Edu Bedia in midfield, and his calming influence worked wonders once the game began.

The Gaurs called the shots from the get-go and opened up the Hyderabad defense early, with Coro somehow failing to convert a golden opportunity.

A brilliant cross from Jackichand Singh down the right found Coro in space, but his sliding effort was hit straight at former Gaur Laxmikant Kattimani in the Hyderabad goal.

The chance was a sign that a goal was coming, and it was Hugo Boumous who broke the deadlock soon after.

A scrap in the box saw the ball fall to the feet of Boumous, who swiveled and shot on goal, easily beating Kattimani on this occasion.

The goal brought the fans to their feet and settled some early nerves, though Hyderabad hit the post minutes after the goal, suggesting they were far from out of it.

Lenny Rodrigues himself hit the post for the Gaurs later in the half and the home side’s grip on the game tightened as the game went on.

Jacki should have made it 2-0 just before the end of the first period, but after finding himself one on one with the goalkeeper, chipped his shot just over the bar.

It was advantage Goa heading into the break, and once they were back on the pitch, the domination continued.

Hugo Boumous was the man of the hour once more as his marauding run found the Hyderabad defense wanting, and the Frenchman easily slotted home to make it 2-0.

The brilliant goal marked the difference in quality between the two sides, and it increasingly appeared as though the only way that Hyderabad were going to score was going to be via a set-piece.

And a set piece is exactly what they received after Jahouh’s foul just outside the box. Marcelinho stepped up for the visitors and silenced the stadium with a rocket of a left boot.

Mohammad Nawaz was left with no chance of saving the effort that went in off the crossbar, and Hyderabad were back in it.

Their excitement was short-lived however, as who else but Coro made it 3-1 after some lovely interplay, bringing the crowd back to their feet.

It was game, set and match in the 87th minute after Coro was fouled inside the penalty area by Kattimani. The ref pointed to the spot and Coro made no mistake, slotting home for 4-1.

The win takes the Gaurs back to the top of the ISL table with 33 points. Over to you, ATK! 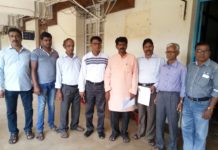 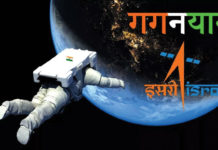 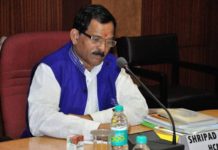 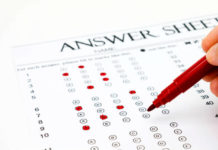 Goa Tourism bags ‘MICE Destination of the Year’ award at ...

Authored by students from Goa and Portugal, the book ‘Stories from...