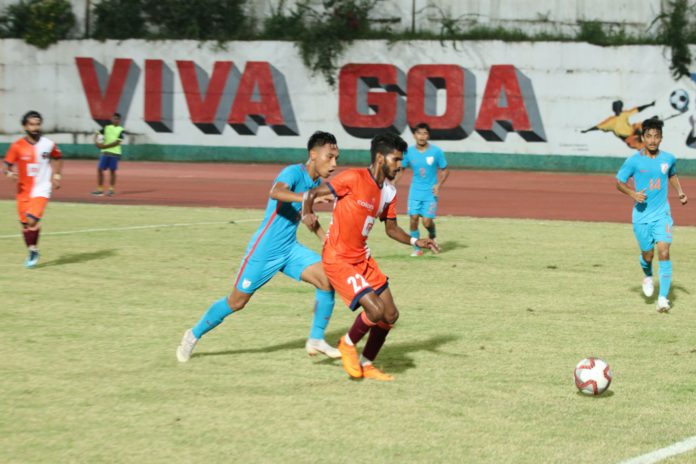 Coro and Mandar Rao Desai were rested for the game

Goa khabar: It was a result FC Goa wanted and a test they needed as the Gaurs came out victors in their final pre-season game against a feisty Indian Arrows team. A late 88th minute strike from Princeton Rebello helped the home side clinch the morale-boosting victory.

Miguel Palanca’s strike from the penalty spot had given FC Goa the lead before an opportunistic header from Sanjeev Stalin in the 82ndminute had silenced the crowd at the Bambolim Stadium. Goa would, however, have the last laugh.

The home side started the game on the front foot earning their first three corners within the first 10 minutes of the game.  The Gaurs, in fact nearly opened their account in the 11th minute when Brandon’s low whipped cross just eluded Palanca in the box.

A fervent Indian Arrows side showed real resilience at the back to stave off the initial period of pressure and the youngster should indeed be given credit for their showing in the first 45 with Boris Singh making Laxmikant Kattimani pull out a brilliant save as the game clock struck 29 minutes.

The two teams, however, went into the half without a goal to their name.

The game and especially, FC Goa turned up a gear in the second half. Jackichand Singh’s introduction in the team helped the home team add an attacking impetus and it was he, who was brought down by Anwar Ali following which Palanca stepped up to give Goa the lead at the 60-minute mark.

The match toned down a bit following a host of changes by the home team and Goa were nearly caught flat-footed when Sanjeev Stalin rose highest to give Indian arrows the equalizer from a corner.

Princeton Rebello, however, had a different idea as the man from Goa made a terrific run to get at the end of a cross from the left to plant home the winner in the dying moments of the game. 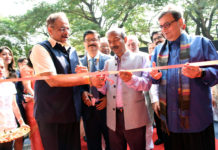 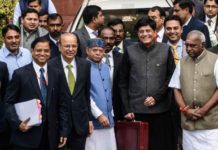 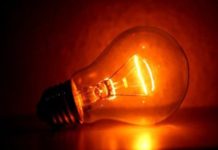 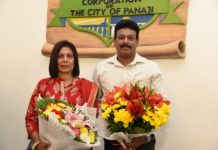 MSMEs to get new lease of life with FM’s measures today...