Brings alive the story of Nisha, a young girl with a rare genetic skin condition- Ichthyosis, and her journey of transformation with the #TouchOfCare

Goa Khabar: Vicks, a brand synonymous with family and care, has launched the second edition of Vicks #TouchOfCare, its heart-warming campaign that went viral last year. ‘Vicks – One in a Million’ is yet another inspiring story, this time of Nisha, a young girl who has Ichthyosis, a genetic skin condition. The transformation of Nisha due to the love and care provided by her adoptive parents Aloma and David Lobo, forms the crux of this digital video.

The second campaign continues to spread the idea that ‘Every Child Deserves the touch of Care’. Created by Publicis Singapore, the story is a first-person narrative by Nisha, an orphaned girl with Ichthyosis who was abandoned by her biological parents when she was just two weeks old. Her life was transformed when she was adopted by Aloma and David Lobo, who despite having children of their own, gave Nisha a family which showered her with unconditional love and the #TouchOfCare. The film gracefully captures Nisha’s story as she sails through the challenges and complexities of life, with her mother and a family at her side.  It beautifully depicts how Nisha, who is an extraordinary girl, leads an ordinary, regular life – one of hopes, dreams and challenges – and how Aloma has brought her up in a way that is no different from anyone else.

Gauri Sawant, the Vicks #TouchOfCare Mom and Transgender Activist from the first season added “I am humbled with the recognition- that of a mother, the Vicks #TouchOfCare campaign has given me. Vicks’ initiative of showcasing and supporting people who are representing extraordinary care in this world, is a source of hope for the world. I am personally overwhelmed with Nisha’s story, and I am confident that people will shower her with the same love and affection that was given to me.”

According to Ritu Mittal, Country Marketing Manager, Vicks India “Vicks, a brand synonymous with a generation of care in India, believes in the transformative power of care in human lives. The second edition of the Vicks #TouchOfCare campaign continues to spread the idea of ‘family’ beyond biological bonds. Gauri Sawant and Aloma Lobo are perfect examples of people providing extraordinary acts of care. They demonstrate how each of us are capable of lending unconditional love and extending care to every child who needs it. The first edition of the Vicks #TouchOfCare campaign moved millions of people across the globe. We are confident that Nisha’s story will have a similar impact on every person who sees the film.”

Vicks – One in a Million #TouchOfCare sends out a strong message of how every child deserves the touch of care, irrespective of gender, colour or challenges. The campaign illustrates this with data on the abysmal levels of adoption of children with special needs. *There are 2,96,00,000 orphans in India, however, in the past year only 42 children with disabilities found a home. (*Ref: UNICEF estimate, State of the World’s Children report, 2016, Central Adoption Resource Authority, India)

On the occasion of the special screening of Vicks #TouchOfCare, cricketer Gautam Gambhir and actors Soha Ali Khan and Shriya Saran were present to lend support to Nisha.

Touched by Nisha’s story, Gautam Gambhir said, “I am truly honoured to be a part of a campaign like Vicks #TouchOfCare that has travelled across geographies and touched millions of hearts. Kudos to Vicks to bring alive Nisha and Aloma’s extraordinary story in the film. It is brands such as Vicks that help preserve values like selfless love and unconditional care in the society.” Soha Ali Khan, who also present at the film’s premier and was visibly moved by the film added “I was deeply inspired by Vicks’ first edition of the #TouchOfCare campaign, and I was excited and looking forward to know what the new film was about. Vicks – One in a Million #TouchOfCare is overwhelming… Aloma’s selfless care for Nisha and her normalisation of Nisha’s condition is a beautifully demonstration of how ‘family’ is beyond just biological relationships, and how real families are formed on the foundation of love and care.”

The Vicks – One in a million digital film is live from 10th October, 2018. It is ably being amplified with PR and digital media, led by 2020 MSL and Mediacom respectively.

SYNOPSIS OF THE FILM

This is the true life story of teenager Nisha Lobo, told in her own words. As she shares fragments of her memories growing up, we learn that she suffers from a rare genetic skin condition called Ichthyosis and we see her cope with society’s perceptions and rejection. Over time, she moves from childish anger and frustration to understanding and maturity. We also see the loving bond of care, protection, and support between Nisha and her mother Aloma Lobo, along with her father David and her siblings. Her little triumphs in life and the person she’s become is now a source of pride for her parents. In the end, we reveal that Nisha is recounting her story to a group of prospective adoptive parents, and we realise for the first time that Nisha was herself, adopted. As an orphan, and as a girl child born with disabilities, her chances of adoption given the statistics in India, were next to nil. But Aloma and David’s extraordinary care gave her an opportunity, one she hopes others like her can have in the future.

Vicks®, India’s #1 selling cough and cold brand*, offers a portfolio of trusted products that are used by millions of people. The Vicks family includes Vicks VapoRub™ Ointment, Vicks Cough Drops™, Vicks Inhaler™, Vicks BabyRub™ and Vicks Action 500™ Advanced. As one of the most trusted OTC brands, Vicks is proud to have helped relieve cough, cold, and flu symptoms for generations.

P&G serves consumers in India with one of the strongest portfolios of trusted, quality, leadership brands, including Vicks ®, Ariel®, Tide®, Whisper®, Olay®, Gillette®, AmbiPur®, Pampers®, Pantene®, Oral-B®, Head & Shoulders® and Old Spice®. P&G operates through 3 entities in India of which 2 are listed on NSE & BSE. The listed P&G entities are: ‘Procter & Gamble Hygiene & Health Care Limited’ and ‘Gillette India Limited’, whereas the unlisted entity (which is a 100% subsidiary of the parent company in the U.S) operates by the name ‘Procter & Gamble Home Products Ltd.’ In the last 12 years, P&G’s signature CSR program P&G Shiksha has built and supported one thousand schools that will impact the lives of one million underprivileged children across the country by providing them with access to education. 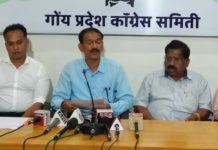 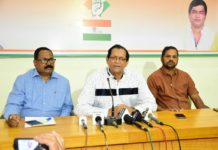 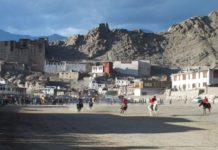 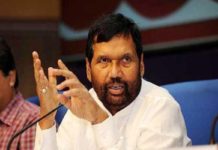