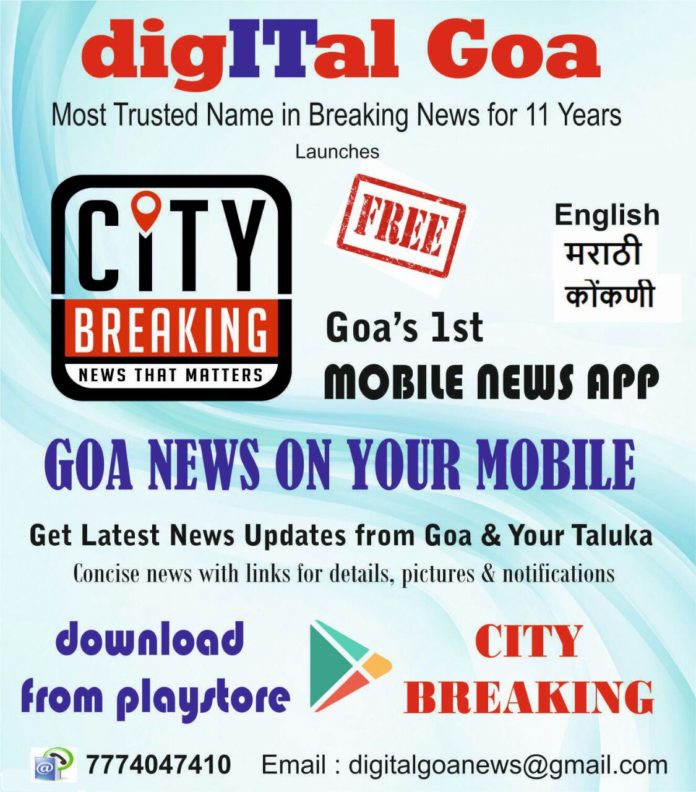 Short breaking news has been a big hit in the recent times with people increasingly finding themselves short on time to keep themselves abreast with latest developments happening around them.

However, the concept of delivering breaking news in 160 characters was launched way back in 2005 by Digital Goa, which is probably one of the first technology start-ups of Goa. Goa Centric professional SMS News Service, launched 12 years back by journalist-turned-entrepreneur – Niraj Naik – has many other unique features which keeps it alive and kicking in this instant information explosion era.

There has been lot of debate in the recent past over the need of independent and unbiased media. Media dependence is becoming a major issue & threat to Indian democracy on the backdrop of media houses being taken over by corporates and political parties or being dictated by advertisers. Media running out of subscription paid by the public and in turn only accountable to the public at large can be truly independent and people centric. However, this utopian concept is rather cumbersome and non-lucrative when it comes to implementing it on ground zero. Digital Goa takes great pride in being one of the few media houses in the country which have made such an economic model viable. In addition, despite being an unconventional media Digital Goa has carved a niche for itself in the mainstream media of the state.

Digital Goa has struck to its principle of   ‘no advertisements only pure news’  in the 12 years history of SMS News Service. The service runs exclusively on subscriptions collected from thousands of citizens of Goa. Right from who’s who including the chief minister of the state to the common man on the street is a Digital Goa Subscriber. Our subscriber base is spread across the length and breadth of Goa. With strong attachment of Goan Diaspora to this land the service is used by Goan staying outside Goa and also abroad.

Digital Goa’s indigenous collection model devised for the collection of mostly monthly payments from the subscribers with motorcycle borne executives stationed in all major cities of Goa is also unique in its own right.

It all started way back in June 2005, when cellphones were slowly gaining popularity in the urbanized state of Goa. Goa’s high literacy, widespread knowledge of English, tech savvy population and most importantly strong craving for knowing the development happening within Goa has largely contributed to making this unique service an instant hit. It may be noted that it was the pre-social media era and there were one or two local cable TV channels that used to telecast one hour news capsule containing news of previous day. The only source of knowing latest news was radio and the newspapers that would disseminate news the next day.

No surprise than that the professional, subscription based SMS News Service which was launched by Digital Goa, on this backdrop, became an instant hit. The politically conscious people of Goa were so fascinated with this innovative and useful service that from chief minister, ministers, MLAs to bureaucrats, police, businessmen, professionals and literary who’s who of Goa enrolled for the subscription of this service. Soon it grew into the most authentic, reliable, unbiased, crispy, and quick source of information to the people of Goa. And today after 12 years of consistent and reliable service Digital Goa has carved out a niche for itself in the mainstream media of Goa with various widely accepted digital platform initiatives.

SMS cost was one of the major expense heads in this venture. To keep the overheads low and to increase the viability of the service, manual method of sending SMS from mobiles was adopted. CDMA operators like Reliance and later MTS, who were offering 1 paisa per SMS, came as a blessing in the initial years. Though sending SMS manually from mobile phones was a very cumbersome process, the low cost of SMS gave the service the much needed impetus. At one given time, there were as many as 300 handsets from which news messages were flashed to subscribers at one go. Adding and deleting numbers on these handsets, adding numbers to groups, sending messages to subscribers was a cumbersome exercise. But the extremely positive response and credibility rendered by the people of Goa to the service  made it possible for Digital Goa to cross major milestones and establish itself.

Slowly SMS sending went through various changes with TRAI tightening the noose by coming out with various regulations for sending SMSs. Though we were sending SMS only to our paid subscribers and no commercial/ advertisement were sent by SMS in last 12 years, we were largely affected by each one of these changes. The worst time was when government of India imposed blanket ban on sending SMS for almost a fortnight in September 2010 in the run up to the Ayodhya verdict. Except for this period, there is hardly any day in last 12 years, when there was no news sent through Digital Goa Breaking News Service. It is this consistency, coupled with professionalism, impartialness, fearlessness and crispness of the news that has won the hearts of people of Goa. The various restriction imposed by TRAI finally made it impossible to send the messages from mobile handsets and finally in 2012 Digital Goa permanently shifted to the automated, state-of-the-art online SMS sending. This shift, though heavy on the coffer, helped in scaling up and improving customer satisfaction with better quality of service.

Besides technological challenges, dealing with copycats consumed lot of our energy for several years. After the success of this SMS News Service, there were many attempts made by several people and local media houses to provide an alternative to Digital Goa SMS News Service. However, none of them could survive for long before the high standards and consistency set by Digital Goa.

It was a real tightrope walk to run this venture just on meagre subscription, without taking any advertisement and sponsorships, all these years. There were tremendous financial constrains but at the same time there were pressures from different quarters. Keeping the independence and sanctity of the news was the real challenge and it was only our sheer conviction that helped us to resist all pressures and threats that came our way in the last 12 years. This may be the only media which was not taking advertisements from the government. This gave us courage to report any development against the government of the day or ministers without hesitation. Since we were the first to flash news, there was immediate reactions from politicians, criminals and law breakers. They first tried to lure us with ‘offers’ but when we did not succumb to their tactics they started to pressurise, abuse, intimidate and threatened us. Initially, this was given us sleepless nights but slowly we got used to it and learnt to deal with it. But the satisfaction of doing fearless reporting far outweighs the troubles and financial constrains we had to go through all these years.

However, the challenge posed by the emergence and speedy penetration of social media was the most serious and difficult one. Social media literary shook the foundation of this service almost rendering SMS news irrelevant.

Like always it was the innovation and high standards which are an integral part of Digital Goa’s existence that kept it going. Onslaught of social media and competitions amongst media houses, individual journalists and even general public to appropriate it in their favour was immense. Earlier, sending bulk SMS was not only cumbersome but costly as well. With emergence of social media, floodgates were opened to the whole world to reach  out to large number of people across the world in a flash at as good as no cost. It also made it possible to disseminate not only  text but other media like photos, video etc. This can be termed as the most significant thing happened to media ever since its inception. Some local TV channels were the first to jump onto the social media bandwagon followed by mainstream media and freelance journalists for Goa breaking news. Within a short span  Whatsapp, Twitter, Facebook became major source of breaking news for Goa. Some over enthusiasts started bombarding hundreds of Whatsapp groups with dozens of ‘breaking news’. Every small development and announcements were flashed on social media instantly as there were no restrictions on number of messages. On the contrary, we were sending on an average four SMS’s a day. There was a huge gap in the content we sent to our paid subscribers and what was available for free on social media. This created a question mark on the very relevance of SMS News Service, though SMS had its own advantages over the social media. There was also a big question mark over the credibility of the news circulated on the social media as some miscreants started circulating fake news using these platforms. This situation helped us reinforce our importance as the most authentic source of news in Goa.

We always wanted to raise the bar and not to become content with laurels we earned. After running a professional, subscription based breaking news service in the state of Goa for 12 long years, it was our endeavour to use this unique experience to go national. But the current model did not have the scalability potential. Therefore, the obvious choice was to launch a mobile app. The City Breaking android and iOS  App was launched recently with some of the unique features that no other national News app had as the App was the outcome of our 12 years of experience in dealing with paid breaking news service.

The traction City Breaking app received in Goa within a short span is the testimony that this app has a great potential in every tier 1 and tier 2 cities of India. So far we haven’t made any serious attempts for seeking funding for this dream project. Hopefully, this new venture will fulfill our dream to become a national player and to help leverage our experience in giving quality breaking news app to the country. 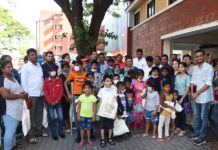 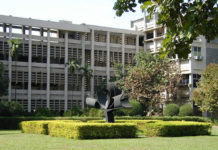 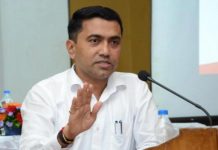 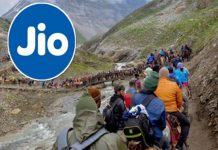 ALLEN SHAW to release his pilgrimage of Goa in his latest...

Priyanka Chopra’s Pahuna and Anurag Kashyap’s Mukkabaaz to feature in the...