~ In 3 seasons at FC Goa, the Spaniard has become more than a player, he is now a symbol of hope ~

The key here, you might say, is movement. Whether it is the ball or personnel, FC Goa’s identity over the last three seasons has been about creating one singular style that captures the imagination – defined by its movement.  You are for one moment mesmerised and then fully immersed – witnessing the dance of a shoal shimmering through a reef.

At a basic level, we all come to sports to be amazed. Collectively brilliant and individually astute, the Gaurs bring forth exactly that. The beauty and the simplicity of it all leaves an aftertaste long after the game is over.

As a matter of fact, you can say that there are prolonged stretches in which the Gaurs seem to operate as if controlled by a single mind. Everyone is helping each other out. They know the drill. The centre backs split and Ahmed Jahouh comes deep to receive the ball. Edu Bedia makes a darting run into the middle to help out Lenny Rodrigues whilst the wingers flare out or in – looking for a hint of weakness from the backline and in the hope that Jahouh (more often than not) spots the run. The wingbacks, for a moment, abandon their care for defensive solidarity as the lookout for spaces left by the wingers who have darted in.

All this happens at great speed, like a note being taken down entirely in shorthand, and the defence can’t keep up (84 goals in 2 seasons should give enough validation to that). You’re not going to win a contest of connectivity with these Gaurs, and it’s near impossible to shut them down when you have a certain Ferran Corominas at the top of the structure.

By no means is Coro’s brilliance confined to his abilities of caressing the ball into the net with his finishing touch, time and again. More often than not, his awareness is the justifying means to all the elaborateness. In the end, his touch makes it look simple when it could have looked so looked tediously difficult.

The human intellect falls prey to a lot of things. One of them is to make sense of genius – putting one word after another to describe what most often can’t be. It challenges its own sagacity. And yet, here we go again.

The attempt at rationalising the works of Rabindranath Tagore or MF Hussain is no less reductive than describing Ferran Corominas’ two seasons and more of unwavering brilliance in a thousand words or so.

To truly appreciate what the Taj Mahal is like, you need to go and have a visit in person to Agra. A poster or wallpaper simply will not give you the experience. Ferran Corominas, better known to us as Coro, you can say truly occupies that rarefied strata.

The way that the Spaniard can break down a game of football into simple yet distinct pieces is an experience worth watching.

From a distance the numbers awe us. 50 games, 43 goals, 16 assists, 3 golden boots and 2 golden balls. But to truly take what Coro is all about will be to see him in person, on the field – leading the show.

In Ahmed Jahouh and Edu Bedia, FC Goa currently boasts of two of the best midfielders that this country has ever seen. They have found solidarity at the back and been able to incorporate the talented Indian contingent into the mix of things.

But with Coro, the meaning to it all gets more refined, leaving no space for those ragged edges or doubt. And mind you, he is not the show-stopper to come in late and steal the thunder – not all the time at least. He is very much part of the orchestra that have brought teams to their knees time and again.

There are not many bewitching displays of trickery with the ball that will make your jaw drop. The details to his game lies more in the fine prints. His timing of runs, his awareness of his surroundings, even his own limitation and the ability to lend credibility to the blueprint –  is what amazes us time and again. All these actions sometimes look as if they had cerebral cortices of their own.

Coro’s favourite player is Raul. And it’s not hard to understand why. Like his idol, he doesn’t have bursting speed. His frame doesn’t afford him the power to move people over on his whim. He is crafty for sure but doesn’t always have the guile to break ankles – as one would call it. And yet, he is brilliance personified.

He doesn’t merely outplay the opponent, he outwits them. Over the two seasons, he has had 11 games in which he has scored 2 goals or more. And on nights when he does so, the performance will not have you go ‘ga ga’ any more. Those have become the norm. Not the exception.

The toils of all this success, though, remains unseen. And that’s where the Spaniard’s greatness stands out even more.

At 36, Coro can be the prima ballerina, who can expect everything to come to him easily. But then again this not just another player in the ISL.

The Spaniard is the outcome of uncompromising preparation and habituation to squeeze out the utmost from an already-major talent. The first one into training, Coro knows that he needs to listen to what his body says; take care of it.

Early stretches to activate his muscles heading into a practice session, complete control on diet and precise cool downs. His body of work away from the cameras is as exemplary. He stands out amongst everyone else – both as a leader and an example.

Like for every leader, he falls prey to the ‘Coro and hope’ paradigm – especially in moments of doubt for the Gaurs. It is natural that they look for him in moments of need.  As has been the case on most occasions, he has lived up to the billing. The game against Bengaluru last week was just the latest reminder/

A three-game winless streak just before the winter break last season had threatened to derail FC Goa’s season. The rhythm was lacking, the defence was leaking and Coro for once, had failed to set the nets rippling.

“I know what they are going to say. Why FC Goa doesn’t win! Why Coro doesn’t score! Set up the interview. I know what to do,” stated the ever-confident Spaniard as the team landed in Goa.

He is a man who walks the talk. A few days later, we were witnesses. Again. He led the line with two goals as Goa ended the barren run with an emphatic  5-1 win over NorthEast United.

We were back. Coro was back. He, as always was hope.

Shoulders again had dropped when Mumbai City scored the opener after a profound spell of pressure in the first leg of the semi-final last season. Memories from a brutal defeat at the hands of Chennaiyin FC a season earlier must have flashed in the minds of the men in Orange.

There will of course be moments of doubt. The key is to overcome them. With him in the side, things just get a bit easier.

A few minutes later when Amrinder Singh mishandled Coro’s shot from a distance, it was just the beginning of another episode from the ‘greatest show on Indian turf’. It was the epitome of the destructive capabilities that this Goa side has with Coro leading the line.

Then again when the men strode onto the pitch at Bhubaneswar on 13th April, 2019. There was much to prove. About a month earlier, a goal, four minutes from the end of extra time had robbed Goa of their first ever ISL crown.

This Goan team had been praised for their play, style and panache. And yet on that, they stood on the Kalinga Stadium turf with something to prove.

The number 8 was again under the spotlight. But by now, he must have been used to it. Everyone was looking up to him to  deliver. And he did. He was not done with just only his goal. The brilliance of his movement and touch led to the second and eventually the winner. Goa finally had a piece of silverware to savour.

The key here, you might say is Coro. Right from the moment the ball gets rolling to the last whistle . Right from the minute details to the big elaborate plans. He is more than a name or a number for the people. He is hope. He is dreams. He is the one who most often than not figures it out what to do. He is for many, the belief.

Whilst he is out there in FC Goa colours, all that exists for the Gaurs. Watch him. Above all, enjoy him while you can because nothing lasts forever. 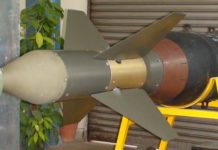 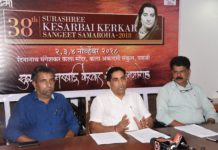 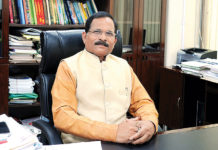 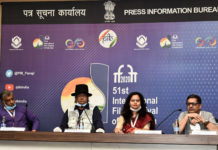 Hugo Boumous: We gave our all