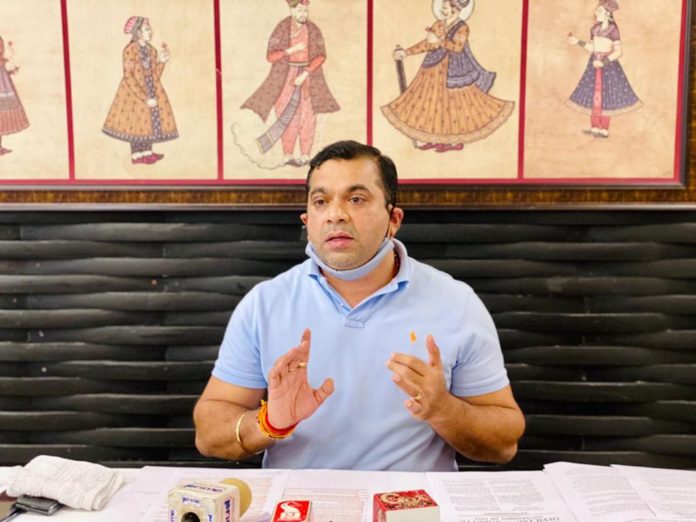 Goa Khabar:Porvorim Independent MLA  Rohan Khaunte on Sunday demanded that Chief Minister Dr Pramod Sawant should make the statement on Mhadei issue making his stand clear.
Khaunte was reacting to the stand by Union Minister Mr Prakash Javadekar who had refused to answer questions on Mhadei, pointing fingers at Sawant. The Porvorim MLA said that it is futile to ask Sawant resign on moral grounds, as CM has  no moral left.
Entire Goa has lost confidence in CM but still he should express before Goans on Mhadei, Khaunte said adding that “Goans should unite together to ask CM his stand on Mhadei issue.”

Khaunte said that the way Javadekar reacted to a question by mediapersons on Mhadei was “totally unacceptable.”
The minister cannot run away from the crucial question about water safety of Goans, survival of flora and fauna in Mhadei basin region. “As we think of all these things, which we are very sensitive to us, Karnataka thinks of diverting the water in a reverse flow,” he said.

Khaunte said that CM should stop enjoying his photo-ops and Janata Darbar and get to the real work of answering the crucial questions. “This is a time for every opposition to come together on Mhadei,” he said.

The MLA recalled the time when then CM Manohar Parrikar had led delegation to Delhi to meet then PM Manmohan Singh over Special Status issue.
“Whether special status happened or no is a different case,but at least the efforts to go and meet were there. This CM is not able to find appointment with PM, forget taking delegation with him. We just want to know what is his opinion and depending on it, we have to decide the future,” he added.
Referring to the statement by Javadekar, Khaunte said “it looks like Dr pramod Sawant has lost his standing in total. Just to save his chair, he is ready to compromise everything today and be there as a chief minister so that he can make his buck that he can  at the cost of lives of Goans.”
“More than a Chief Minister, we need a leader,” he commented.
“I had tweeted four days back that when union minister is coming to Goa, the cm should put forth his views in front of him. In case of Mhadei, Mollem or things related to Goa, unfortunately the chief minister’s dumbness, keeping quiet has made union minister talk. Union minister has clearly said that the matter is subjudice and let cm talk.”
“Every violation which we pointed out seems to have no recognition. The issues raised by Goans seems to have no meaning. Activists and NGOs are involved in save Mollem campaign. I have personally written letter to the PM and also Javadekar. He was supposed to look into the matter and review but now he says he needs representation. I think there is serious gamechanging that needs to happen in the state of Goa.”
“The modus operandi is exposed. PM calls CM, four back to Delhi. We don’t know what transpired between them. CM does not talk about Mhadei but on mining because he has his own personal interest.”
“If he had gone for the economic revival than he would have gone with the proper plan. There was no mention of Mhadei, Mollem that indicates how much CM is bothered about Goa,” he added. 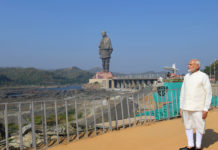 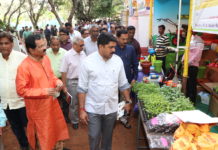 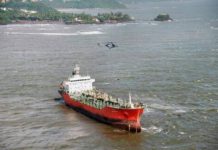