Panaji:Chief Minister  Manohar Parrikar today issued appointment letters and rehabilitation orders to 15 individuals belonging to the families affected by the upcoming Mopa airport in Pernem. The function was held at the Legislative Assembly Complex, Porvorim. Minister for Tourism Shri. Manohar Ajgaonkar was also present on the occasion.

Calling the Mopa Airport a landmark project in the state, the Chief Minister said that it will bring a drastic change in the economy of Pernem Taluka. “Thousands of job opportunities will be opened. People from Pernem have to travel minimum 40-50kms for work every day. They have also faced tremendous transportation problems in the past, which were resolved during my earlier tenure. This airport will be also beneficial to the overall development of the taluka.”

Stating that the Dabolim airport is saturated and cannot accommodate more staff as well as aircrafts, the Chief Minister called the Mopa airport as a boon. “Currently the Dabolim airport accommodates 120 aircrafts regularly. With Mopa the number is likely to increase to 150-160. The number of tourists is rising. As the flight rates are getting cheaper, many of them prefer air travel. Both the airports will be in operation. If we close one, the other will get overburdened,” he informed.

He further informed that the airport is closely connected to the National Highway and railway station hence making it more transport friendly. “The railways and highways have become economic corridors for the state. It is a happy moment for the Government that both the conditions: employment to the displaced and their rehabilitation are fulfilled as per promise. However, as most of them are unskilled they will be provided with suitable training in skill-based subjects catering to the need of the airport, in association with Pernem ITI.

Speaking on the occasion Shri. Ajgaonkar said that people from Pernem have sacrificed a lot due to this airport. “Many farmers, especially, the Dhanagar community lost their land. The airport will provide Pernem Taluka with employment opportunities and overall development,” he stated.

Officials from GMR were also present on the occasion. 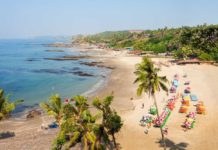 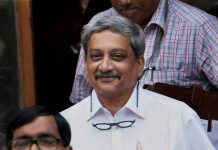 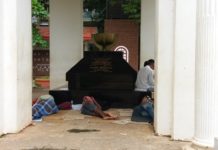 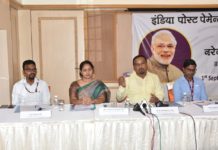 Biking Legend Freddie Spencer To Attend the 5th Edition of the...