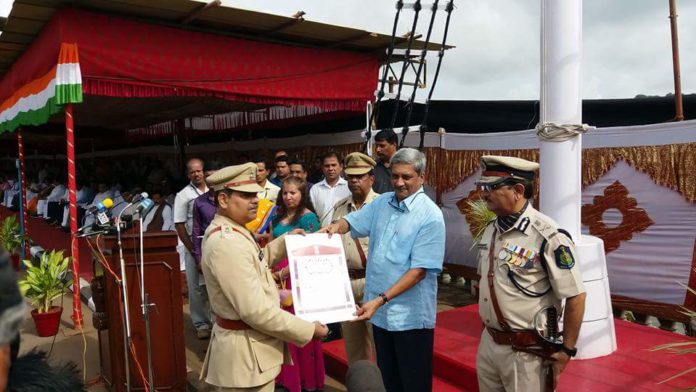 Chief Minister Shri Manohar Parrikar led the people of State in celebrating
the anniversary of Indian Independence by unfurling the national tri- color and
inspecting the guard of honour at the state level celebrations at Old Secretariat in
Panaji today.
Speaking on the occasion Shri Parrikar said, Government embarked on the
‘Swachh Bharat, Nital Goem’ mission with the sole intention of maintaining the
cleanliness in the state and further educating the people to be cleanliness
consciouos therefore making Goa clean and presentable. Management of waste is
a critical issue because of its adverse effect on all sectors. It would therefore be the
endeavour of Government to make Goa Garbage free by 2020.
There are several issues including the question of employment which needs
to be addressed. However there is need for sense of dignity of labour to tackle
these issues. As regard drug menace in the state, the Chief Minister said that
necessary instructions have been issued to the Police force. The youths however
needs to be given proper education, awareness and right direction so that they are
not diverted towards such habits.
Shri Parrikar said the fruits of Independence should be tasted by all and
sought people’s cooperation towards improvements of quality of education at the
primary level.
The function was attended by Cabinet of Ministers, Leader of opposition
Shri Chandrakant Kavlekar, M.L.A‘s, Ld. Advocate General Shri Dattaprasad
Lawande, Secretaries to the Government, Senior officers, Freedom fighters, and
other dignitaries.
Chief Minister presented Presidents Police Medal for distinguished services to
Shri Umesh Gaonkar, Suprintendent of Police, Presidents Police medal for
meritorious services to Shri Bosco George, Superintendent of Police, Shri Vishram
U Borkar, Superintendent of Police, Shri Mahesh Gaonkar, Dy. S.P./SDPO,
Mapusa and to Smt. Sunita Sawant, Dy.S.P./SDPO, Ponda and Smt. Terezinha T.
D’Souza, Retired Dy. S.P. on the occasion.
On his arrival, Chief Minister was received by Power Minister Shri
Pandurang Madkaikar, Chief Secretary Shri Dharmendra Sharma, and Director
General of Police Dr. Muktesh Chander. Police Inspector Shri Sudesh Velip
Commanded the guard of honour.
Dr. Dayanand Rao, compered the function. Students of Bal Bhavan sang the
national anthem. 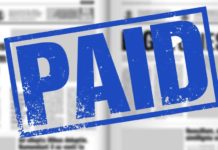 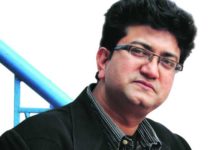 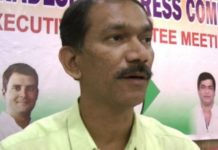 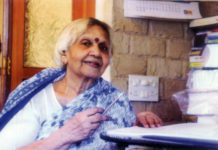