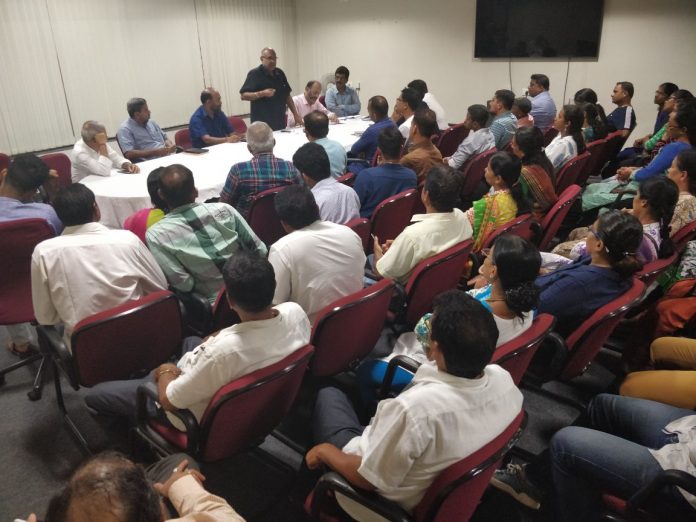 Goakhabar: Hours before the scheduled visit of National President Shri Amitji Shah, a review meeting to oversee the preparations for the forthcoming “Booth Karyakarta Sammelan” was held today at Dr S P Mukherjee Stadium.
National Vice President and Goa desk in-charge of BJP Shri Avinash Rai Khanna, Goa-Maharashtra Organising General Secretary Shri Vijay Puranik, State BJP President Shri Vinay Tendulkar, BJP State Vice President Shri Dattaprasad Kholkar, Treasurer Shri Sanjiv Desai and State General Secretary Shri Sadanand Tanavade addressed the party workers.
The dignitaries took a stock of the preparations which has been made to ensure that the meeting is successful. The party is expecting more than 15,000 workers from the booths across the State to participate in the meeting.
During the series of meeting held by party leaders, they have covered all nooks and corner of Goa. It is expected that  36 out of 40 constituencies will have 100 per cent booths being represented for the meeting while rest of the constituencies will have at least 40 per cent of their booths representing for the meeting. Shri Avinash Rai Khanna which his vast experience in organization shared his experience with the workers who were present as a part of preparation. He said that the current preparations will ensure that the meeting would be held smoothly in a disciplined manner.
Shri Vijay Puranik expresse his satisfaction over the way organizing team has worked for the success of the meeting. He adviced the team to be prompt and alert in delivering their best for the organization of such an important event.
The dignitaries expressed confidence that the visit of National President will bring in a fresh wave of enthusiasm in the party cadres. Rajya Sabha MP and State Party President Shri Vinay Tendulkar proposed vote of thanks. 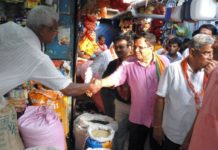 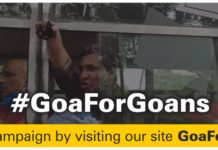 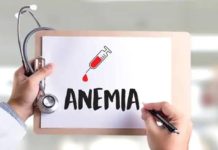 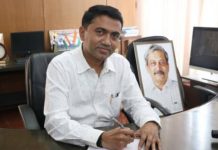 CELEBRATE EID WITH KHOJA CUISINE FOR THE FIRST TIME IN GOA...

Hold Assembly session before ZP election to give confidence to people...