With Cricket being the flavour of the season, it is apt to put everything in cricketing milieu.  Sadly, the Governments (States and Central) are not realizing that it is actually a 2020 match – literally! Governments opting for the time out is leading to iron ore miners getting hit wicket and steel mills getting run out.

In 2014, the Modi government revamped the old mineral legislation (Mines and Minerals Development and Regulation Act) in the country. The MMDRA introduced the concept of auction of mining leases for the first time and as a transition measure extended all existing non-captive leases to expire in 2020 (except some which had been renewed before the MMDR Act came in force).

Time is running out for state governments to conduct auctions on time as leases expire in 2020. The effect will be prominent in iron ore mining in states such as Odisha, Goa as large leases expire.  A total of 97 mining leases are expiring in 2020. Post 2020, all these mining leases were to be freshly auctioned and given to the highest bidders in order to earn revenues for states.

The rules for implementing MMDRA followed in 2015, which set forth the auction process.  Initial auctions in Karnataka and Odisha garnered substantial premiums for the state governments from Steel and Cement plants starved of iron ore and limestone.

Since 2015, a total of 35 mining blocks have been auctioned. The auctions looked exciting as at the run rate of Rs.82 crores per block, these 35 blocks are expected to garner more than Rs.1.43 lakh crore in 50 years. But this is where the good news or the hopes stops. To realise this revenue the mining blocks need to start operations.

Overall a record of 35 successful leases over a period of three years is only 11-12 successful auctions a year.

Even the leases which have been successfully auctioned face uncertainity in commencement. For example, Ghoraburhani lease, Kalamang Lease, Netrabandh Lease in Odisha were won by three steel companies who are currently under NCLT which implies limited progress may be expected on them in the near term as their ownership changes.

In Odisha, 16 non-captive iron ore leases are lapsing in 2020 and this is expected to shut off iron ore production of 66 million tonne per annum (mtpa). Obvious player to get run out in this run chase are the steel mills.
Imagine the impact in 2020 when lesser supply of iron ore will hit the mills. Last year we have already seen the prices of iron ore surging in Odisha in response to a temporary shutdown in a few mines due to delay in payment of penalties & delay in clearances.

Though there are a number of virgin iron ore blocks in Odisha that can be offered for auctions, most of them are not explored much. Incomplete exploration and delays in auction of the lapsing leases will hurt iron ore supplies to the steel units hard.

Given the delays experienced in the auctions so far and the inordinate delays in the start of the mining leases, which have been successfully auctioned, it appears that the Governments are batting at the tail end of a 2020 match against an insurmountable target.

Not only do they have to conduct the auctions fast, they also need to ensure that the successful bidders can take possession of the land, and get all requisite approvals well in time for them to recommence operations by 2020. It is pertinent that the Governments take quick and some really drastic actions if they are to be able to complete the auction process within September 2018 and recommence the mining operations by March 2020. It is less than 24 months left!

In case of Goa, the honourable Supreme Court has ordered the entire 88 working leases to be cancelled and the government has initiated the process of auctions of those leases. Having started the last, the government has a long way to go and the auction timelines in Goa remain completely uncertain.

As per the auction rules, the State governments need to prepare geological report pursuant to the Minerals (Evidence of Mineral Contents) Rules, 2015 specifying particulars and estimated quantities of all minerals discovered in the area and the revenue survey details of the area identified and demarcated using total station and differential global positioning system divided into forest land, land owned by the State Government, and land not owned by the State Government.

The Government of Goa is likely to be completely unprepared for this and is likely to try to utilise the existing data submitted by various miners to the IBM & DMG over the years to create the Geological reports. The DMG will also have to expedite the collections of the land ownership details. Completing this exercise.

The State government will have to quickly engage with GSI or MECL to complete the geological report and collate all the other data for the leases it wishes to auction. To make matters worse, it is likely that GSI & MECL who are also engaged with other mines in Odisha and other state for auction of leases by 2020 would not have enough resources at hand to complete the process.

The only way out is for GSI/MECL or even the state government to engage experienced former miners as well as exploration consultants to conduct this exercise of creation of geological report and hire consultants such as MSTC etc to conduct auctions at the earliest.

This is not where the story ends. Whenever the auction takes place, the Governments will have to expedite the grant of environment and forest clearances for commencement of mining operations.  Given the historical track record of delays in grant of clearances and the track record of auctions, 24 months timelines appear to be an insurmountable target.

Clearly, it looks like state governments have not learnt the lesson yet and not preparing for a healthy run chase of this difficult target in the 2020 match. 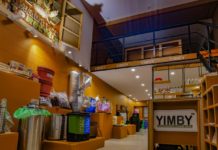 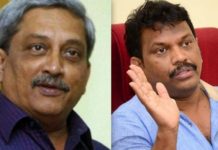 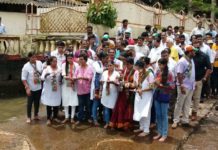 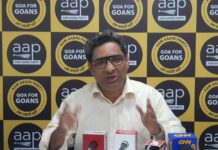 MANOHAR PARRIKAR THANKS MINISTRY OF WOMEN AND CHILD DEVELOPMENT