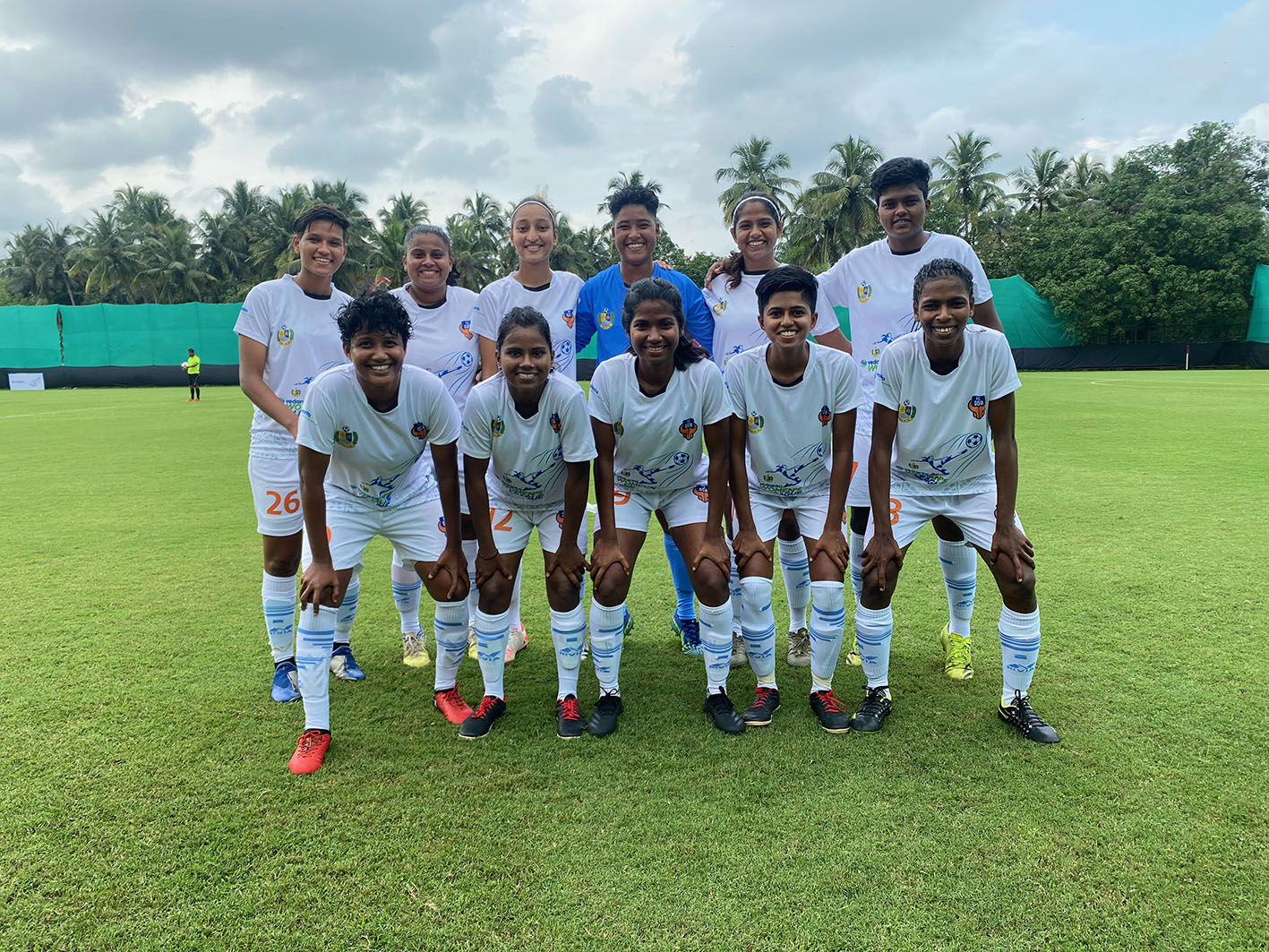 Goa Khabar :  FC Goa began their GFA Vedanta Women’s League campaign with a bang, recording a 3-0 win over UC Telaulim today at the Rosary Ground in Navelim. After failing to find the breakthrough in the first half, the Gaurs settled the affair with three goals in the second half with FC Goa skipper Vailanka D’souza starting off the scoring followed by a brace from Indian international Velanie Fernandes.

The Gaurs began the charge in the early minutes, with Velanie at the heart of the team, creating multiple chances. However, a lack of precision in the final third meant to let the Gaurs down.

Sugitesh Mandrekar’s girls kept pushing and thought they had nearly got the breakthrough in the 20th minute. A corner to the Gaurs resulted in what the FC Goa players thought was a handball only for their appeals to fall on the referee’s deaf ears. An onslaught of attempts from Alisha Tavares, Arpita Pednekar and Velanie kept pouring in as the Gaurs pushed for a first-half opener.

On the other end, a quick counter from Telaulim SC in the 40th minute was tidily swept up by goalkeeper Josline D’souza who moved off her line early and slid in timely to put the scare to bed.

Gaurs seal the deal in the second half

Both teams came out in swing following the break but it was FC Goa who struck first. The deadlock was broken in the 52nd minute with a goal that was worth its wait. Time stood still as everyone watched Vailanka curl in a shot from distance into the top corner and give FC Goa a well-deserved lead.

Telaulim pushed for the equaliser but the Gaurs remained disciplined and steadfast off the ball. On it, there was another moment of magic awaiting – this time from the feet of Velanie Fernandes.

The young midfielder gave FC Goa a two-goal lead in the 69th minute as she stroked in a beautifully taken free-kick into the bottom right-hand corner of the net.

Telaulim had their biggest chance of the game in the 70th minute, but once again, a brilliant save from Josline at the edge of the box made sure that the Gaurs started their campaign with a clean sheet.

The final 15 odd minutes of the game saw FC Goa resume their domination before striking the dagger blow in the 80th minute.

After coming close to making it 3-0 in the 75th minute thanks to a free-kick, this time from Kimberly Fernandez, the Gaurs finally hit the mark 5 minutes later. Velanie was again at it as her long ranger crept into the back of the net to give FC Goa a comfortable 3-0 lead.

FC Goa are back in action in the GFA Vedanta Women’s on Saturday, October 9 against Compassion FC. That game is scheduled for a 4 pm kickoff at the Dramapur ground.

FC Goa is a professional football club based out of Goa that competes in the Indian Super League (ISL) and is the current holder of the Super Cup.  Nicknamed the Gaurs, FC Goa has been one of the most consistently successful teams in the ISL – reaching 4 semi-finals and 2 finals in 7 seasons.

In Season 2019/20, the club won the Hero ISL League Winners Shield, by finishing top of the table in the league stages and became the first-ever club from India to play in the group stages of the AFC Champions League in April 2021.

Co-owned by Mr Jaydev Mody, Mr Akshay Tandon and Mr Virat Kohli, FC Goa is one of the few Indian Clubs to have a complete youth development ecosystem. Its U14, U16, U18 and Developmental Teams compete at the highest levels in Goa and India. The system has produced recognizable talents like Liston Colaco, Saviour Gama, Princeton Rebello and many more.