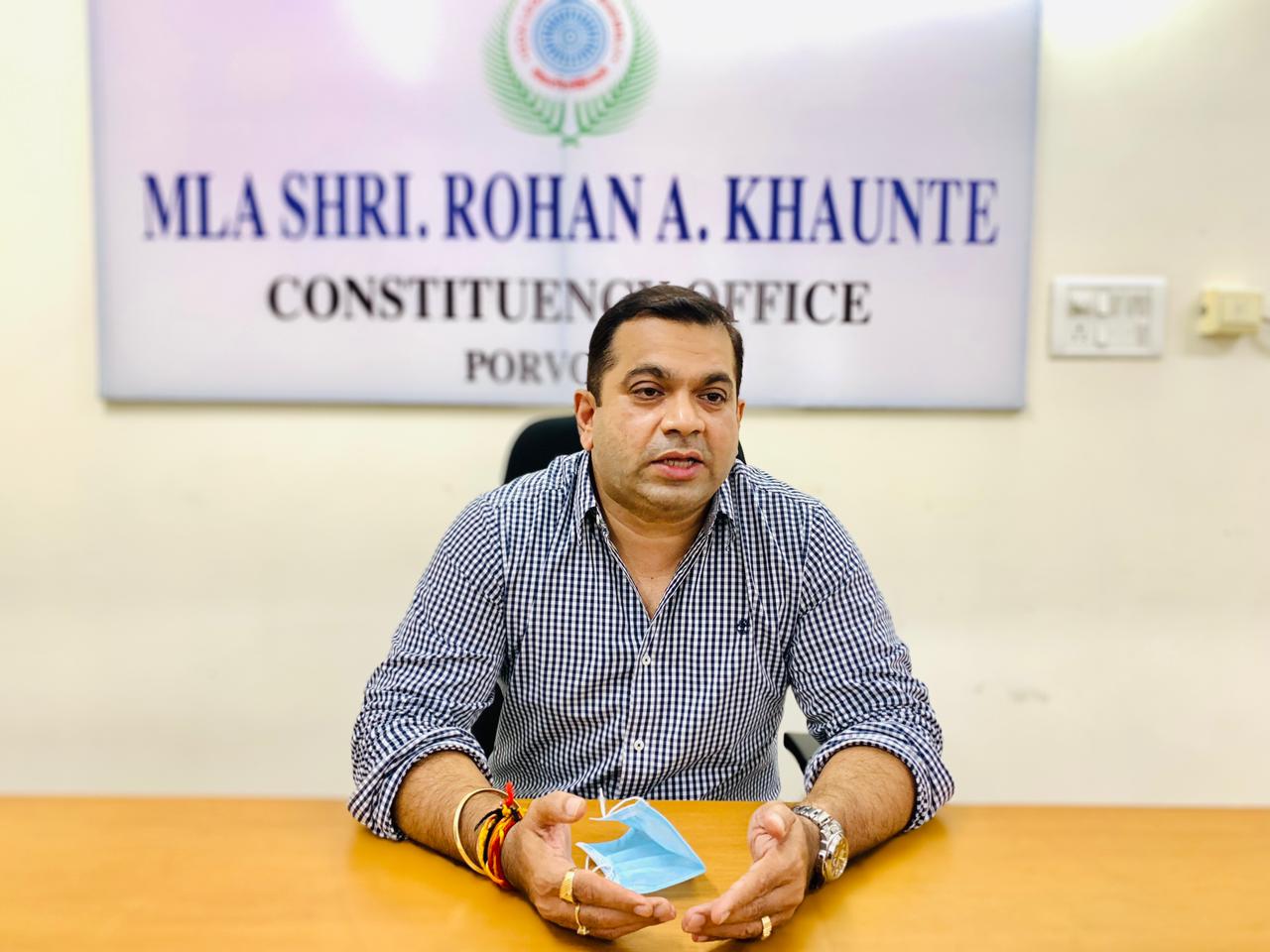 Spread the love
Goa Khabar : Independent MLA Rohan Khaunte on Tuesday claimed that one cannot expect much from Dr Pramod Sawant, who was supposed to be a “temporary CM” and managed to continue in the chair by putting his own senior into “chaotic situation.”
While hailing unity amongst the panch members of Succoro Panchayat, who ousted Sarpanch Sandeep Vazarkar, fighting back all the pressures, Khaunte said that government machinery was being misused to scuttle the no confidence motion.
“All kind of pressures were being created on the panch members. I congratulate all the panch members, who stood united and passed the no confidence motion,” he said. The MLA alleged that the temptations like bribe and even offers of jobs were given to the panch members to defeat the no confidence motion.
“What can one expect from such a person, who was supposed to be a temporary Chief Minister for six months but continued in the Chair for two years by putting his own senior into chaotic situation,” he said.

Khaunte said that Succoro panchayat was elected with unity but Sarpanch got involved in landscams and forgeries due to which he was asked to step down. “To save his Chair he joined BJP and the government provided him all the protection,” the MLA said.
He said that two different yardsticks were applied to panchayats when it came to Succoro and Salvador do Mundo. Khaunte said that the time of 13 days was taken to try all the tricks to stop the no confidence motion.
He also said that with the no confidence motion and all activities in the run up for it, people who were part of Sandeep Vazarkar’s coterie have stood exposed.
Related Topics:
Up Next