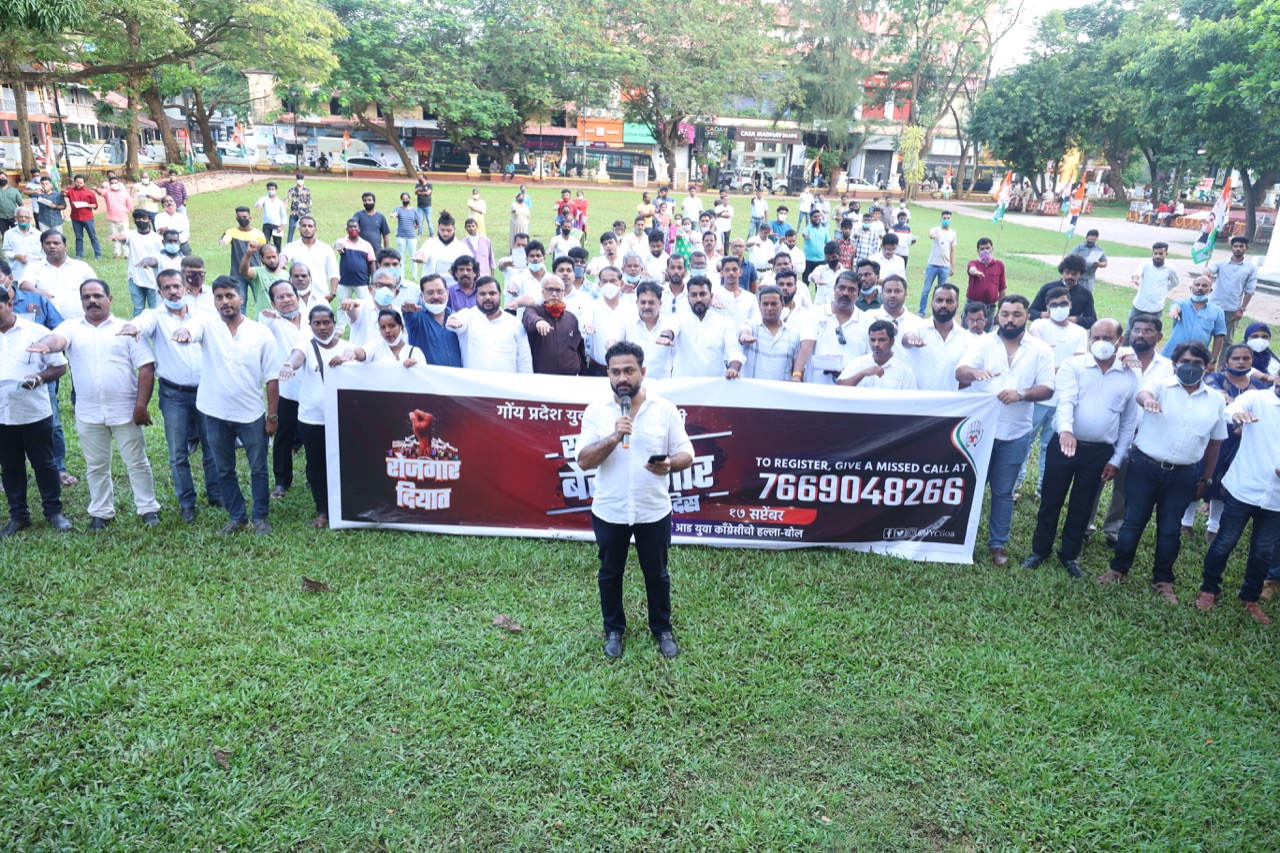 Spread the love
Youth Congress takes pledge to fight against Unemployment in Goa under BJP misrule!
A Missed Call Number – 7669048266 launched wherein Goan Youth can demand Jobs !
Goa Khabar:Goa Pradesh Youth Congress (GPYC) led by State President, Adv Varad Mardolkar observed the ‘National Unemployment Day’ to mark the birthday of PM Modi. It is part of the Indian Youth Congress’ pan-India campaign against rampant unemployment under BJP misrule. Goa has been especially chosen to launch the campaign this key component of the campaign.
The pledge emphasised on raising the voices against the BJP Government until there is freedom from Unemployment for all the Youth in Goa.

PCC President, Shri Girish Chodankar strongly exposed the betrayal of the BJP in Goa on the job front and explained how Goa was suffering under the double whammy of BJP misrule and brazen corruption. This has not affected all the sectors – including tourism and hospitality in the state and has effected thousands of livelihoods.
Leader of Opposition, Shri Digambar Kamat underscored the fact employment opportunities were more when the Congress was in power the state. He promised that if Congress is elected by the people, it will ensure employment opportunities for all, especially the younger generation.
Adv Varad Mardolkar highlighted the fact that the Pramod Sawant Government promised 50,000 jobs for Goenkars in 5 years, but today Goa has the third highest unemployment rate in the country. He said that “We shall continue to fight for each youth and ensure accountability. People will give a befitting reply to the BJP in the forthcoming Assembly Elections”.
A high decibel social media campaign where office bearers are positing videos raising the issue of joblessness in the state was also launched.
Related Topics:
Up Next