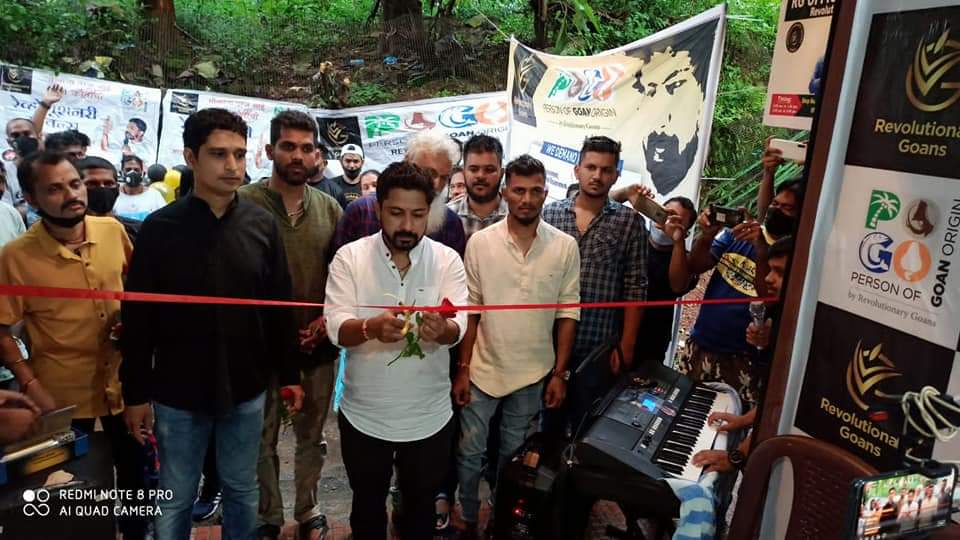 Spread the love
Goa Khabar: Revolutionary Goan is interested in providing a stable government so that the pace of development continues in the state and won’t allow this ‘Pati-Patni’ politics in Sanguem.  One can recall that during the last assembly elections another clan which threw in its hat into the poll ring were the Kavlekars, wherein both husband and wife contested on the Congress ticket in Quepem and Sanguem. This duo chose constituencies which are dominated by Scheduled Tribe population.
The leaders from Sanguem constituency have failed to keep pace with infrastructure as well as human development. Issues like unemployment, development of panchayat areas, bad roads, inadequate water and electricity supply, healthcare, power supply, public transportation, education sector were never given a thought. Politicians here have been doing only one thing – acquiring land and selling it to outsiders for projects which do not benefit any Goans.
The Revolutionary Goans Chief, Manoj Parab slams Congress, says let us not allow ‘Pati- Patni’ politics or Family Raj.
“We are already aware that families like those of the ‘Alemaos’, ‘Monserrattes’ and ‘Ranes’ have become household names in Goan politics. Chandrakant Kavlekar and his wife, Savitri were the latest to join the family raj politics. The people of Sanguem now need awakening and development. Our Pogo door to door campaign will create awareness in the interior villages of Sanguem. We will sit and declare the Sanguem candidate and draft the manifesto after Chaturthi,” said Manoj during the opening of their Sanguem office.

While the President of RG, Viresh Borkar appeals to Goans to come forward and help RG in their fight to save Goa.
“In Goa there are many farmers but very little has been done to improve and develop agriculture. At the time of liberation, nearly two third of the population was involved in agriculture as their primary occupation. Paddy was the main crop of the state followed by cashew and coconut. Our present government is out to finish Goa which we need to save,” said Borkar.

The RG Curchorem Coordinator, Aditya Dessai congratulated the team on the new office and slammed the former BJP MLA for boasting of doing developmental works worth 1,000 crores.
“There is no use of development that does not benefit the people and state. There are so many issues in Sanguem that need to be rectified. First of all there is a dam in Selaulim but still the people here are facing a shortage. Other issues such as jobs, electricity, roads are what should be prioritized,” said Dessai.
Related Topics:
Up Next