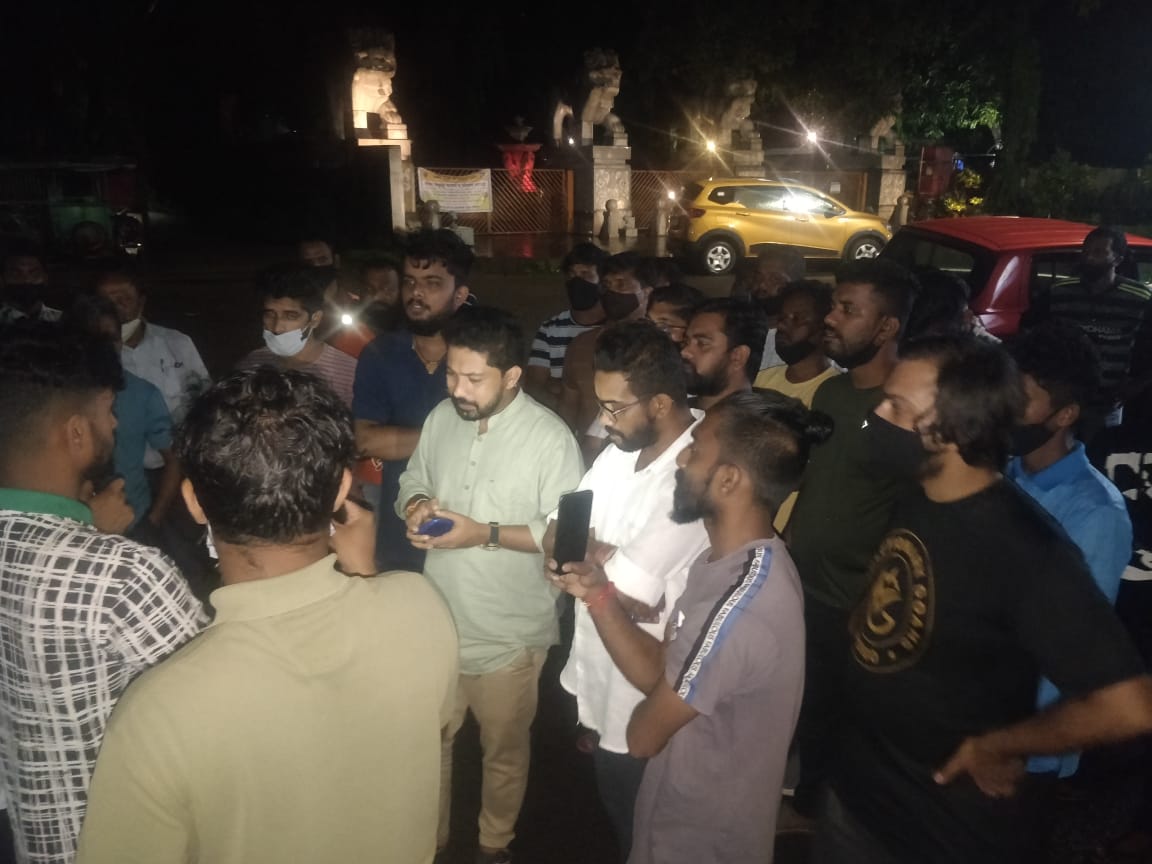 Spread the love
Goa Khabar: Seven Revolutionary Goan members were detained and a first information report (FIR) registered after they questioned Chief Minister, Pramod Sawant and MLA of Shiroda Constituency, Subhash Shirodkar during a programme held at Shiroda on Saturday. The boys have been further sent to 14 days Judicial Custody after being produced before the Judicial First-Class Magistrate on Sunday.

Revolutionary Goans condemn the detention of their members and call it a total attack on democracy. RG Chief, Manoj Parab pointed out that the members were arrested only for questioning the MLA and CM on the state of roads in Ponda.
“Our members from Ponda have been detained for no fault at all. They only questioned CM about the bad state of roads to which CM asked them to point out 10 potholes in Ponda and they said they could show 100. Incidents like these are a clear indicator that the common man has no right to question the government and if they dare to do so they will be penalised. These are attempts to silence the voice of the common man, but this cannot deter the spirit of our revolutionaries,” said Manoj.

The names of the seven who were detained are as follows; Sachin Gaude, Rahul Naik, Nicky Alemao, Shailesh Naik, Prajyot Gaonkar, Yogesh Naik and Elliot Godinho.
A case has been registered under Section 143,353, 509 read with 149 of the Indian Penal Code.
Related Topics:
Up Next