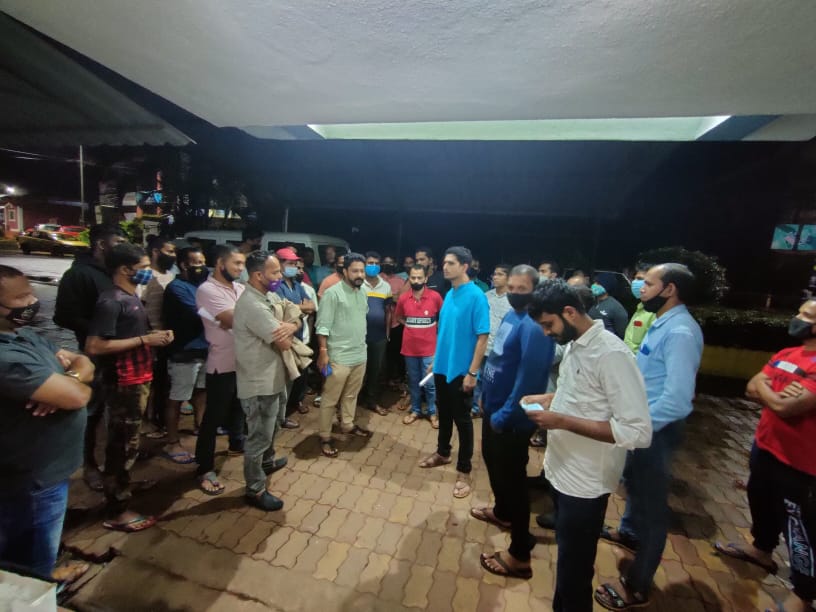 Spread the love
Goa Khabar: Revolutionary Goans condemn the mob attack carried out on its members at Dharbandora during a public meeting held on Saturday. However the Curchorem police refused to register an FIR on unexplainable grounds despite a physical attack being carried out on our members.
On Saturday a public meeting was convened to discuss the Bhumiputra Bill during which locals were asked to attend in large numbers.

During the question and answer round RG members posed few questions while one person was recorded the event. One panch member from Sancordem Village Panchayat tried to act funny with our members and snatched the mobile phone while he was recording the event. After that their supporters came together and attacked the members with fist blows and kicks. The RG members were also threatened with dire consequences.
Revolutionary Goans Chief,Manoj Parab opines that this incident was politically motived and the mob attack was unwarranted.

“We have made a complaint about the incident at the Curchorem police station but the officers on duty refused to register an FIR. In Goa the law stands different for a politician and the common man. If we only question the politicians an FIR gets registered while if we are attacked by the pattewalas no action is taken, ” Said Manoj.
Revolutionary Goans will be meeting the SP South to seek relief in this matter.
Related Topics:
Up Next