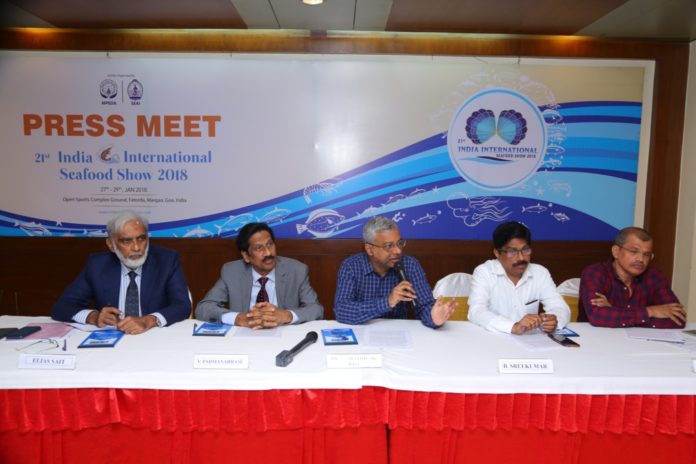 Goakhabar: India’s best marine products will be showcased for buyers from around the world at the 21st edition of India International Seafood Show (IISS) in Goa’s commercial capital Margao from January 27-29, while industry leaders and experts will deliberate on policies, market trends, technology and roadmaps to achieving an export target of US$10 billion by 2022.

‘Safe & Sustainable Seafood from India’ is the focal theme of the three-day biennial exposition, being jointly organised by the Marine Products Export Development Authority (MPEDA), the nodal agency of the Union Ministry of Commerce & Industry, and the Seafood Export Association of India (SEAI).

The inaugural function will be held at 10 am on January 27 in the Pai Tiatrist JAF auditorium, adjacent to the Open Sports Complex Ground, Fatorda, Margao, where the IISS-2018 exhibition is being organized.

“A key objective of the event is to highlight the country’s commitment towards sustainability in the entire value chain of seafood products such as primary production, processing and transportation,” said MPEDA Chairman Dr. A. Jayathilak. “We have very defined goals with regards to exports over the next five years and programmes such as IISS are important in introducing vivid Indian marine products to newer buyers and markets.”

In a separate function scheduled in the evening of 27th Jan 2018, Hon’ble Union Minister for Commerce & Industry, Shri Suresh Prabhu will give away the MPEDA awards of Export Excellence for the years 2015-16 and 2016-17 to the winners in five different categories.

Around 3,000 delegates and more than 2,000 visitors from India and abroad, including the US, the UK, Spain, Japan, Australia, China, Vietnam, South Korea, Thailand, Malaysia and the Middle East, are participating in the event.

IISS 2018 will have 300 stalls spread over 7,000 sq m, showcasing a wide range of products, automation technologies, machinery and allied sector in the export processing sector. The delegates would include exporters, machinery suppliers, importers, other service providers, researchers, policy makers etc. from India and overseas.

Internationally acclaimed experts from India and abroad will address technical sessions on topics of current interest such as GST and its implications for Seafood Sector, Food Safety requirements in major markets, e-commerce, Seafood Certification, and price influencing factors in the demand and supply of seafood.  A separate session on Indian – EU Shrimp Dialogue in association with the Embassy of the Kingdom of Netherlands is also a part of the Show.

On 28th Jan 2018, MPEDA will sign a Memorandum of Understanding with Coop, Switzerland, a supermarket chain with over 2500 stores, on developing organic seafood supply systems in India to be marketed through their stores.

The event will also showcase the latest strides in seafood export processing sector that shows continuous growth for over the last few years.  The live fish display and product sales under the brand “Machilipatanam” by the research wing of MPEDA, Rajiv Gandhi Centre for Aquaculture (RGCA) will be an added attraction to the show.

Provisional export figures during April-November 2017 have shown an increase of 18.72% and 15.16% respectively in quantity and value (in US Dollars) of seafood exports, compared to the figures during the same period in 2016.  Given the trend, it is expected that the export earnings will cross US$ 6 billion during the current fiscal. The increase in the shrimp production under aquaculture, clubbed with enhanced processing capacity and favourable market conditions are assisting the exports.

India is largest exporter of shrimps to the US and is a leading supplier of shrimps and cephalopods to the EU market, and the among the largest suppliers of frozen shrimp to Japan and Vietnam. 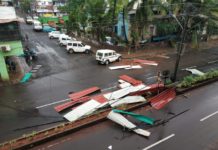 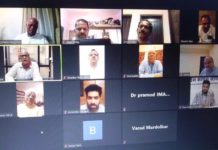 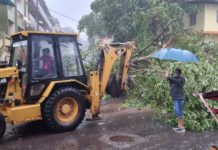 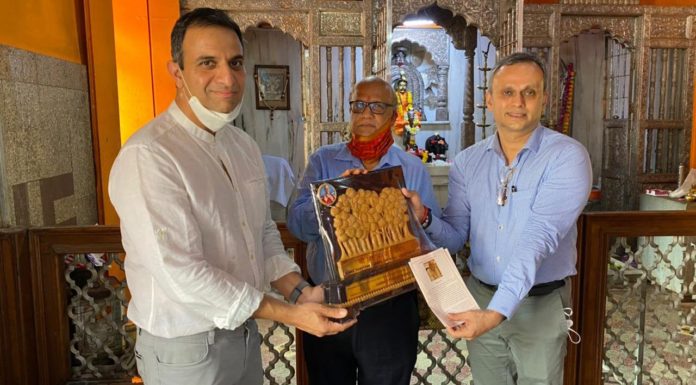