Goa: The first day of Film Bazaar 2017, which is under the banner of the International Film Festival of India (IFFI) began on an eventful note. The Film Offices of Delhi, Gujarat, Jharkhand, Karnataka, Lakshadweep, Madhya Pradesh, Maharashtra, Rajasthan, Telangana, Uttar Pradesh collaborated with the Film Facilitation Office (FFO) of the Ministry of I&B and the National Film Development Corporation (NFDC) to showcase their locations to various filmmakers from India and abroad. Theses Offices provide a platform to showcase locations and incentives that will benefit both the States and the filmmaker.

Integration of the States with the Coproduction Market
The FFO on behalf of these States presented the various film incentives offered by them to filmmakers including giving an overview of their film policies to the participants of the Coproduction Market. In doing so the FFO, urged the filmmakers to participate in joint discussions with the States so as to understand how they can integrate the locations offered by them into their narratives and at the same time leverage the benefits offered for filming in their jurisdiction.  The fact that India has 12 international coproduction treaties with Bangladesh, Brazil, Canada, China, France, Germany, Italy, Korea, New Zealand, Poland, Spain and U.K and Northern Ireland, was also highlighted. Structured meetings have been set up between the State Film Offices and the filmmakers from the Coproduction Market over a period of four days ie 21st to 24th November at the Film Bazaar. It was impressed upon the filmmakers to keep in mind the guidelines, rules and regulations while filming in a location.

Co-Production Market is a platform where selected projects with South Asian themes are presented. Filmmakers get numerous avenues to find financial and artistic support from Indian and International producers, distributors, sales agents and financiers. This year 18 projects were presented in the Coproduction market from India, Sri Lanka, Bangladesh, Canada, Afghanistan and Nepal.

Open Pitches by Uttar Pradesh and Telangana at the Knowledge Series
Two interesting sessions with the official representatives of Uttar Pradesh and Telangana were held at the Knowledge Series where they spoke about the subsidies and benefits offered by them and how they plan to boost filmmaking and make it a smooth affair. The discussion was done primarily with the intent to make the filmmakers participating at the Film Bazaar aware of the benefits and services offered by them.

Mr. Awanish Kumar Awasthi, Principal Secretary, Information, Tourism and Religious Affairs, Government of Uttar Pradesh and Chairman Film Bandhu, on this occasion said “On behalf of the Uttar Pradesh Government, I would like to congratulate the IFFI and the Ministry of Information & Broadcasting. We would love to continue our association with IFFI and Uttar Pradesh will continue playing a pivotal role to boost filmmaking in India. We are looking forward to developing the state into a filmmaking hub and with such associations we plan to make more creative investments like developing a film institute in Varanasi and a film city in Lucknow.”

Dulam Satyanarayana, the award winning documentary filmmaker who is working closely with the Telangana Government to promote state tourism remarked “I am glad that we have been offered such a great platform by IFFI and Film Bazaar to boost tourism and filmmaking in the state of Telangana. It has also given us an opportunity to showcase the State to producers, distributors and other members of the filmmaking fraternity as an exciting filmmaking location.”

The State Film Offices seek to understand the sensitivities involved while filming in various locationss so they can assist the filmmakers with specific requests and give them what they want.

Knowledge Series, has over the years tried to evolve into a convergence point for the film industry to engage in conversations around emerging trends, their genesis and therefore the way forward – in cinema aesthetics and the business of it. The focus is on providing conversation starters to filmmakers from the various labs that define Film Bazaar. There are sessions this year that introduce them to sales agents who engage in Asian content like Asian Shadows and Shoreline Entertainment , provide them a platform to interact with the Festival Directors and Programmers from the top most festivals of the world Cameron Bailey (Artistic Director, TIFF), Marco Müller (Festival Director, PYIFF), Paolo Bertolin (Correspondent Programmer, di Biennale Venezia,  Venice Film Festival), Dorothee Weneer (Programming – Berlinnale, Berlin International Film Festival ) and get insights into how content aggregators and platforms like Vista,  Reel Monk, 1018mb, Movie Saints et al help deliver monetizing opportunities using the digital and innovative outreach methods. There are throwback sessions with Sudhir Mishra , Laurence Kardish (Artistic Director, Film Columbia) from his MoMA days and with Michael Werner from his more than 3 decades of experience with Asian cinema. In the year of Small is Big there are sessions with Lijo Jose Pellisery (Angamally Diaries) , Sandeep Mohan (Shreelancer, Hola Venky), Rima Das (Village Rockstars), Shlok Sharma (Zoo) – filmmakers who created news with their small resource films across festivals , markets and often the box office. This year we have focussed on the Cinema of the North East with filmmakers Pradip Kurbah (Oonatah, Khasi), Kenny Basumatary (Local Kung Fu 1 & 2 , Assamese),  Dominic Sangma ( Rong Kuchak, Garo  ),  Jaicheng Dohutiya (Haanduk, Moran), Haobam Paban Kumar (Loktak Larambee,)   in conversation with Raam Reddy (Director, Thithi) exploring the Indie to Industry journey of their cinema. Its also a Big Year for New technologies – from Google Daydream to Artificial Intelligence. The Knowledge Series will close with Artificial Intelligence and the Art of Content Creation- a conversation between Jack Zhang, Founder & Ceo – Greenlight Essentials and Sudhir Mishra . Can human creativity can be replicated? Can an Algorithm provide Screenplay solutions ? This and more to be discovered this year at the Knowledge Series in NFDC’s Film Bazaar 2017.

Other Key Developments at Film Bazaar
Screenwriters Lab and Studio worked with 16 writers over a period of 5 months in an intensive residential script development programme. Writers were mentored by Yann Apperry, Urmi Juvekar and Asad Hussain.

The work in progress lab had editing sessions for two films : Aranya (Forest) and Balekempa ( The Bangle Seller). Moothon by Geethu Mohandas and Soni by Ivan Ayr was screened for the WIP Lab mentors followed by a feedback session.

Viewing Room had its first day today. It opened at 9 am and closed at 7 pm. It is showcasing total of 200 films. 40 people came to view films at the viewing room. The reports of views were sent to filmmakers by 7 pm.

About Film Bazaar
Film Bazaar is the largest South Asian film market. It encourages creative and financial collaboration between the South Asian and International film communities.

Created and organized by the National Film Development Corporation (NFDC), Film Bazaar has evolved into South Asia’s global film market from its humble beginnings in 2007. Every edition witnesses increased national and international participation. Over the years, films such as Lunch Box, Margarita With A Straw, Chauthi Koot, Qissa, Ship of Theseus, Titli, Court, Anhe Ghode Da Daan, Miss Lovely, Dum Lagake Haisha, Liar’s Dice and Thithi have been through one or more programmes of the Bazaar.

Over the course of five days, Film Bazaar becomes the converging point for film buyers and sellers from all over the world. The focus is on discovering, supporting and showcasing South Asian content and talent in filmmaking, production and distribution. The Bazaar also facilitates the sales of world cinema in the South Asian region.

Film Bazaar is held every year at the Marriott Resort, Goa, India, between 20th and 24th November 2017. This year it is under the banner of the International Film Festival of India. 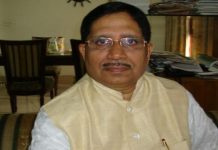 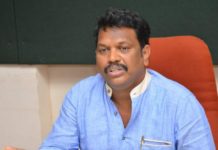 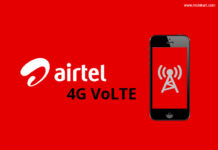 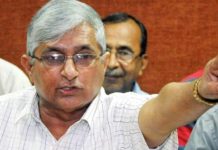